Wildlife along the Old Railway Cutting

Andy M took one of his (now regular) early morning walks along the Old Railway Cutting on Saturday, and took a few photos of the wildlife he saw along the way.  Of the birds, only a Magpie and Jay caught his eye, although there were Chiffchaff, Blackcap and Song Thrush singing in the hedgerows, as well as both Common and Lesser Whitethroat. 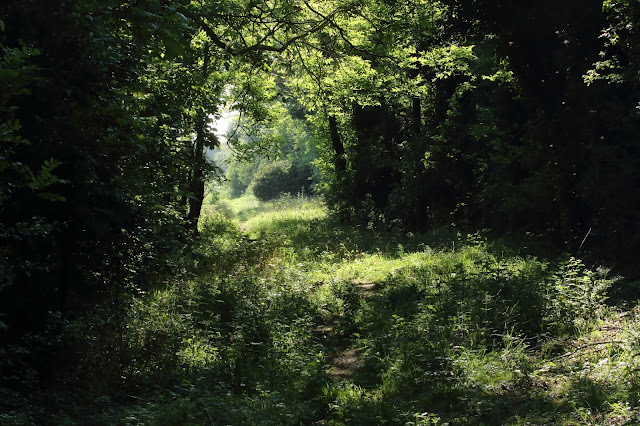 Early morning sun and shade at the entrance to the cutting 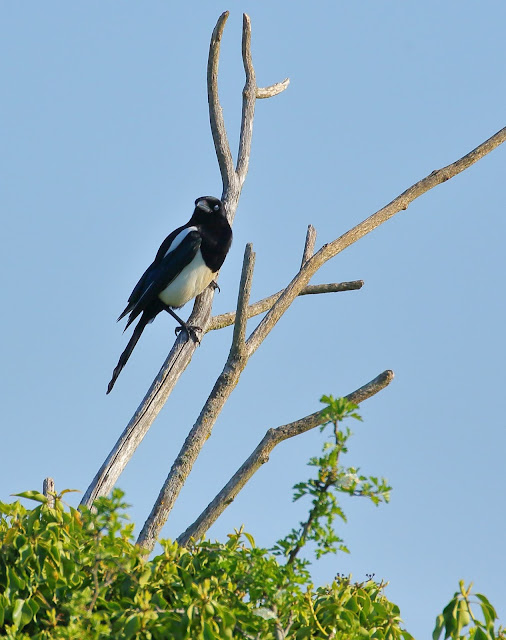 An ever watchful Magpie, surveying the landscape from on-high 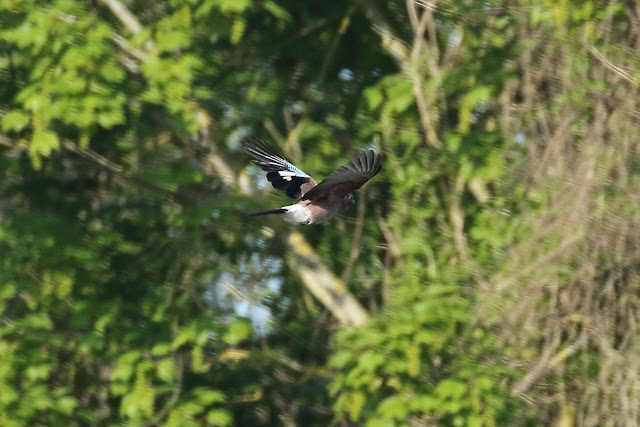 and a shy Jay, beating a hasty retreat

Being early in the day, Andy startled a male Muntjac out in the sun, which rapidly headed for cover before bellowing its annoyance at being disturbed! 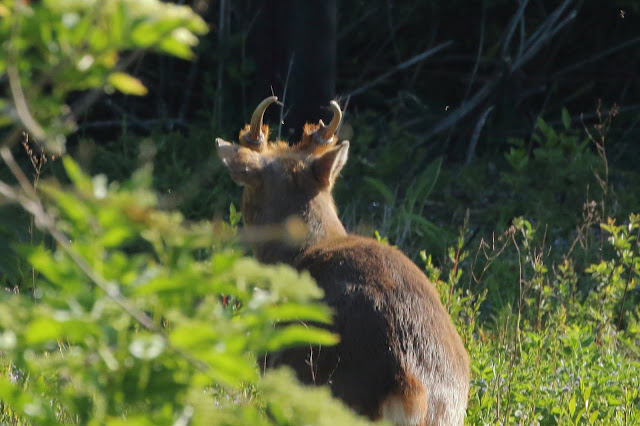 As the morning warmed up, a few more insects started to appear. Of the butterflies, one or two Small White, Holly Blue and Red Admiral were around, and a number of small bees - both Hairy-footed Flower Bee and White-tailed Bumblebee - were busy collecting nectar and pollen from the Cowslip flowers. 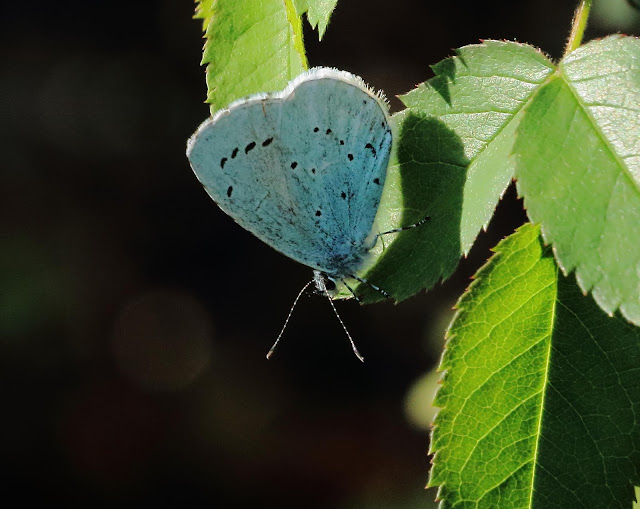 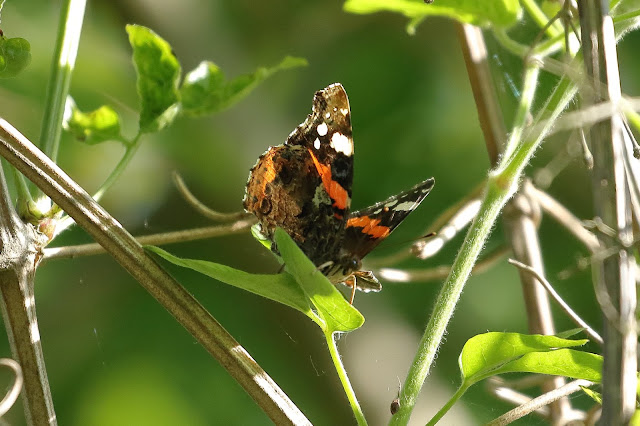 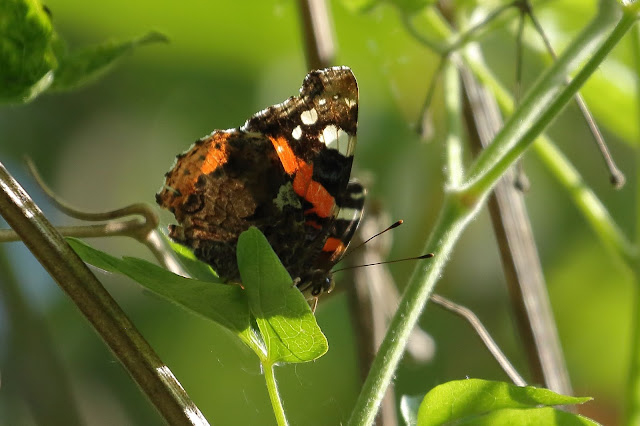 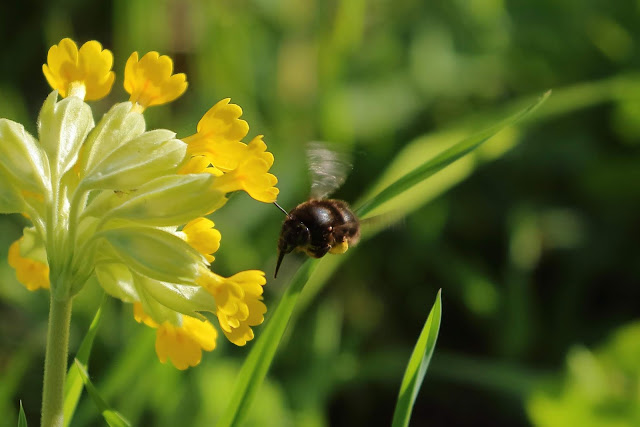 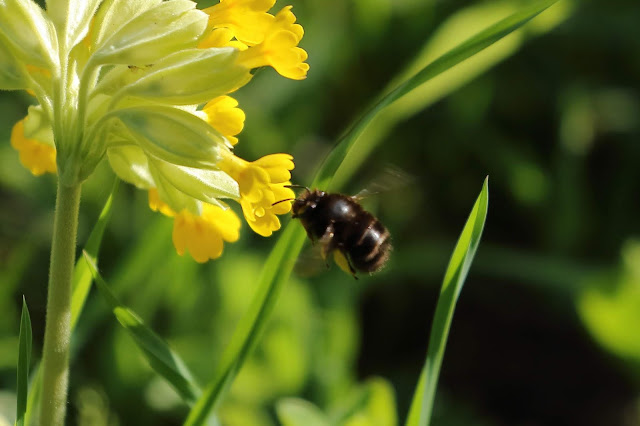 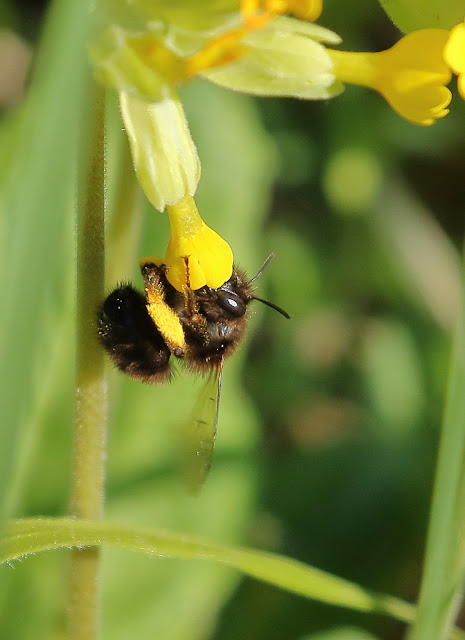 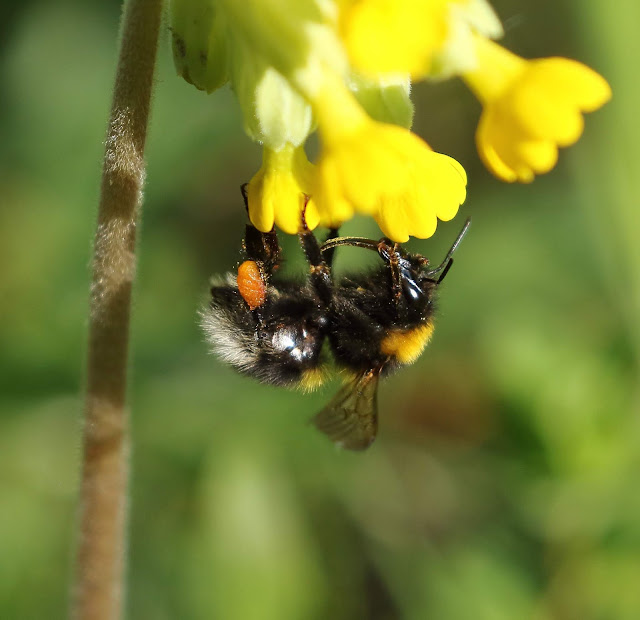 There were a good number of flowers out, including a few of the first Elderflower, Dog Rose, Wild Strawberry and Bugle starting to show. 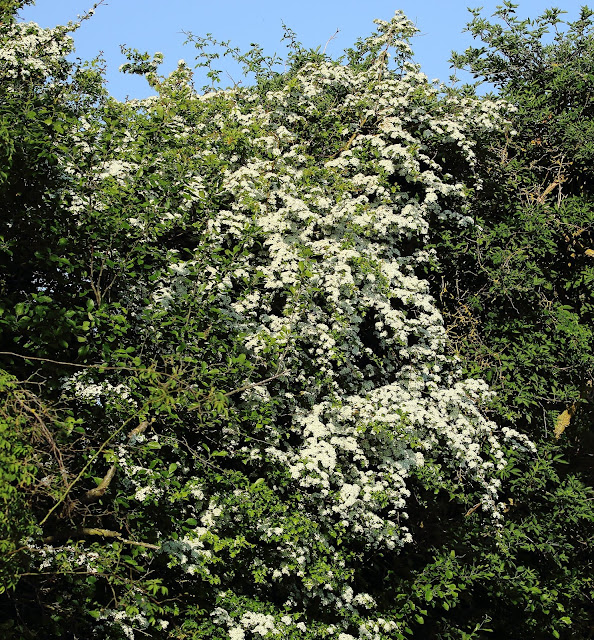 Hawthorn (or May) in full splendor 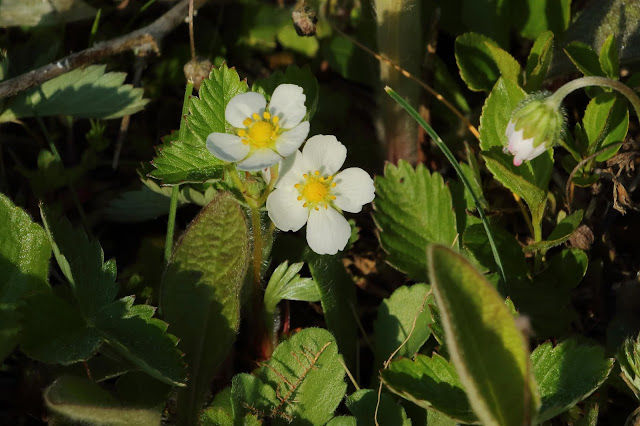 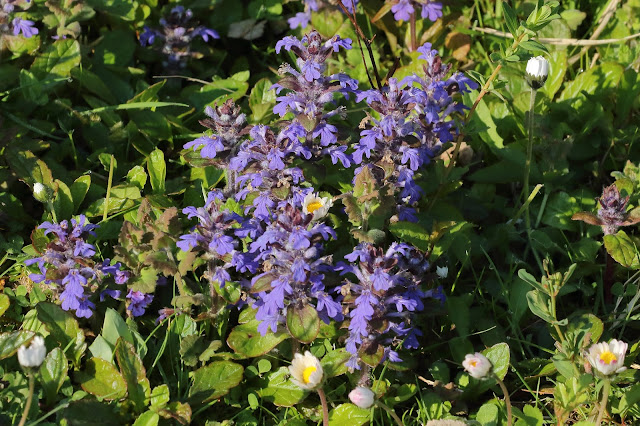 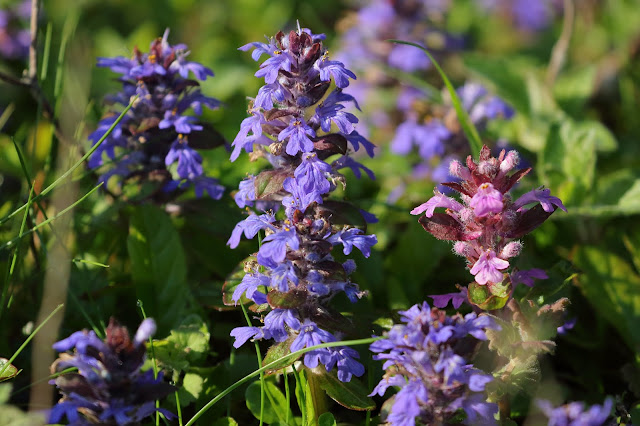 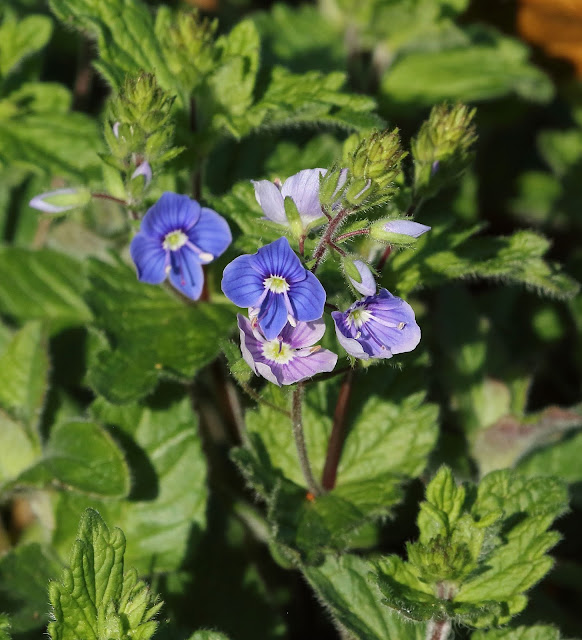 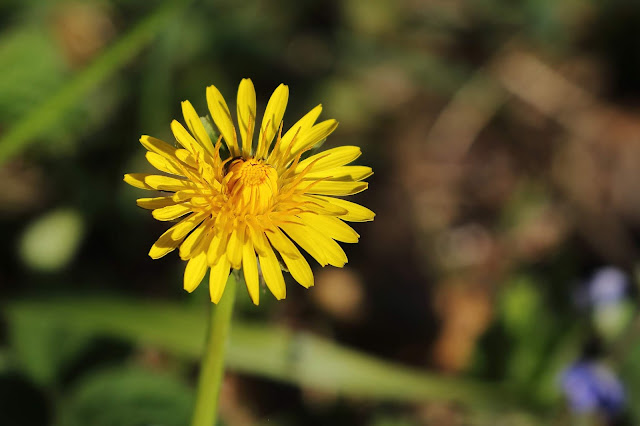 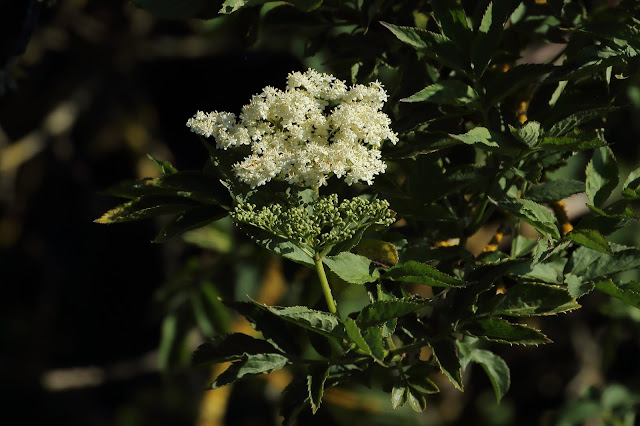 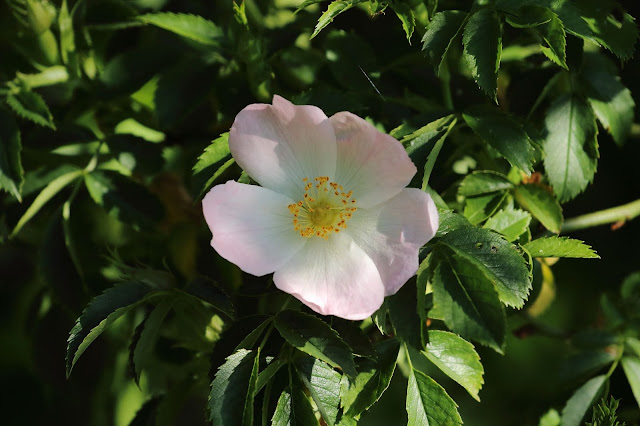 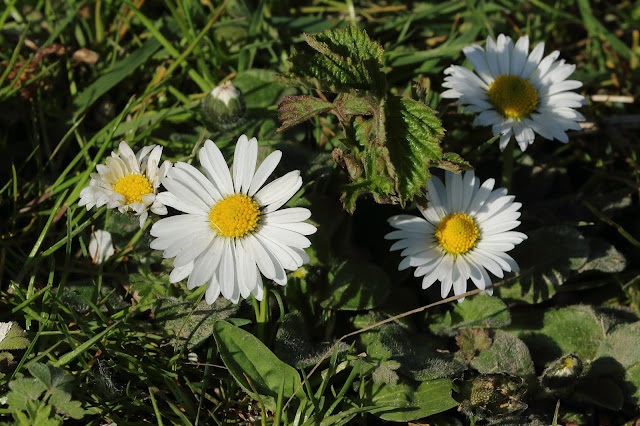 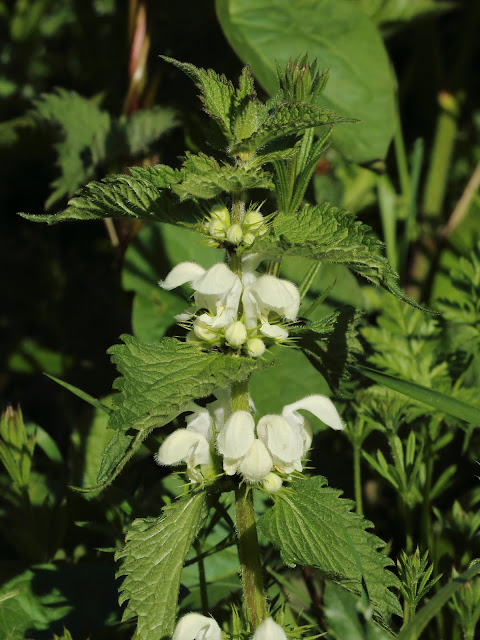 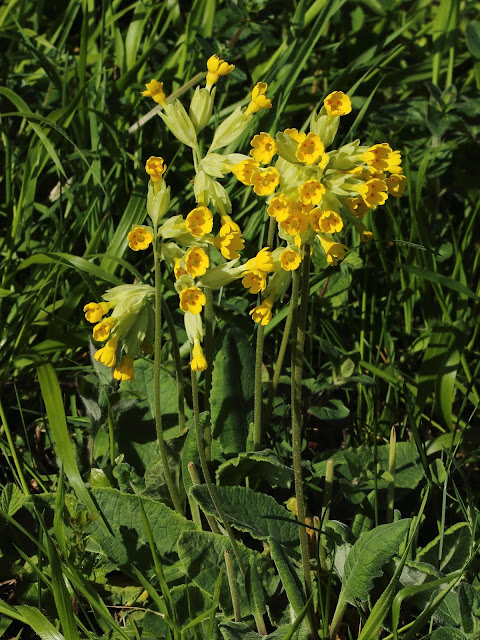 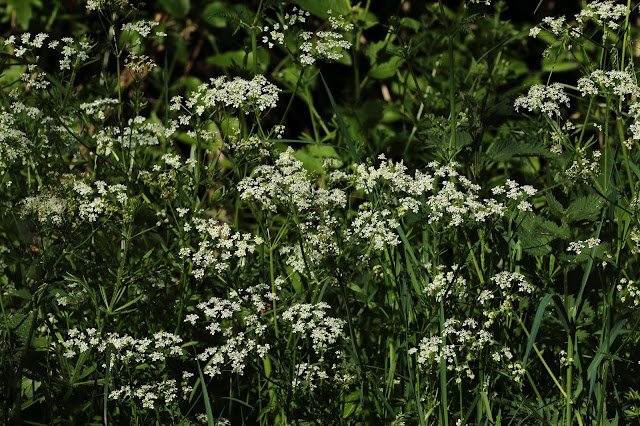 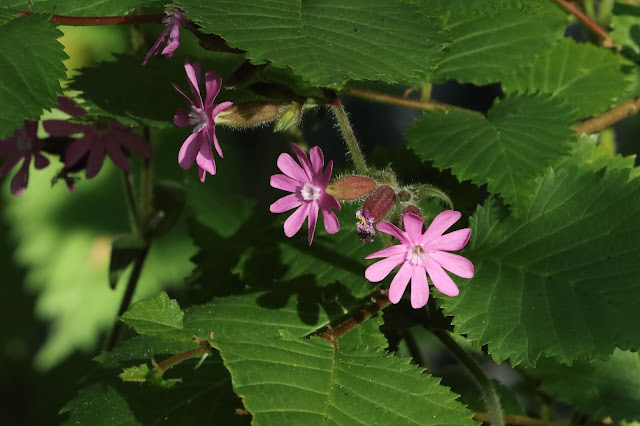 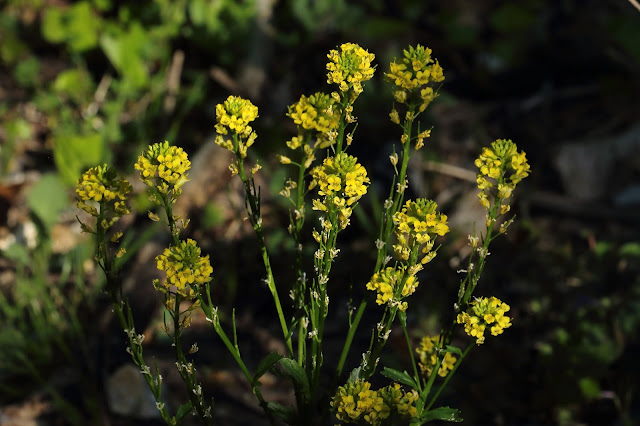 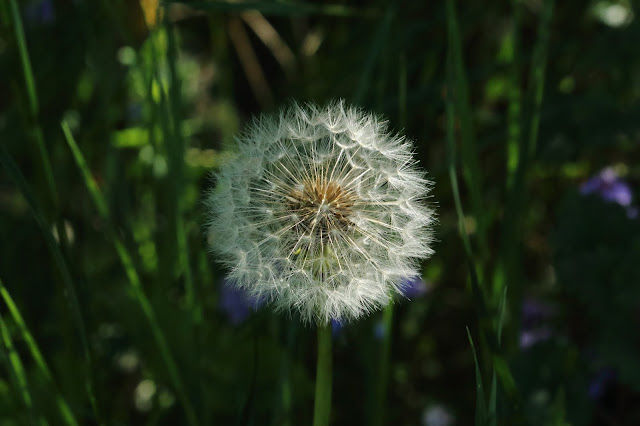 Cowslips along the path