Anne D-N has been seeing plenty of Large Red Damselfly and a few blue damselfly dancing over her pond recently, and spotted this rather unusual looking one.

Having consulted our local damselfly expert, Darren Bast, he identified it as a 'teneral' Common Blue damselfly.  A 'teneral' insect is one that has recently moulted, and its new exoskeleton has yet to harden and get its final colouration -  thus the unusual pale pinkish-brown appearance. 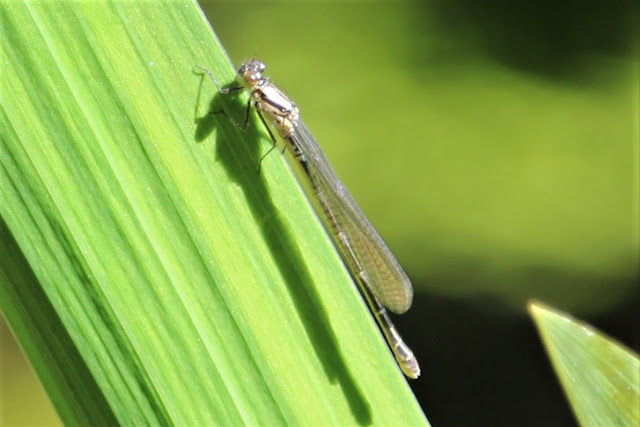 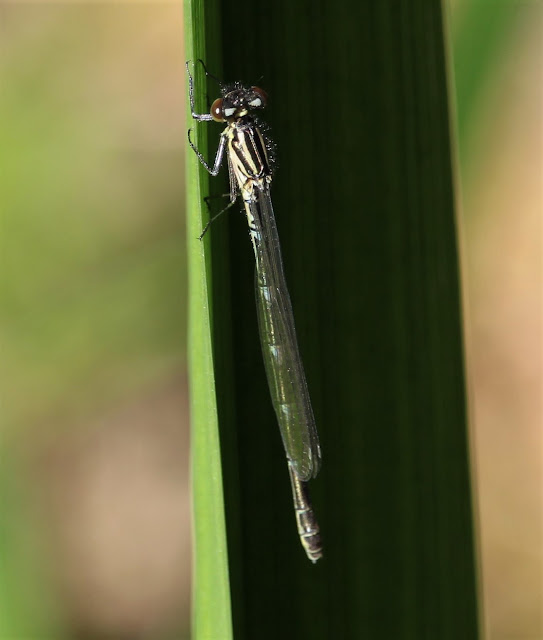