Yesterday Carole McC spotted a dragonfly, still attached to its nymph case, on the wall near our pond. She gently maneuvered it into a jam jar where she could watch in wriggling out of its exuvia. After photographing it, she released it into the shelter of the conifer next to the pond.

Darren B confirmed this to be a Four-spot Chaser - as indicated by the black spots on the wings. 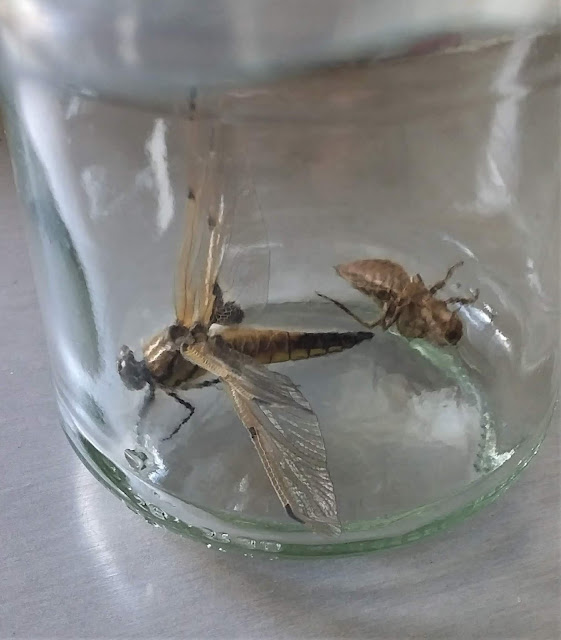 Four-spot Chaser dragonfly, and its exuvia 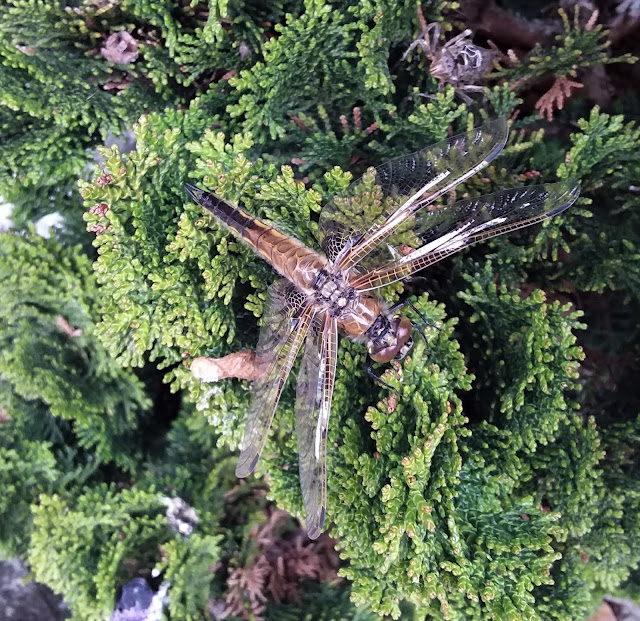