This morning, Andy M spotted a very pristine small 'blue' butterfly resting on the wall in his garden.  Initially he suspected it was a female Common Blue, but closer inspection (alongside his identification books), indicated it was actually a Brown Argus.
Whilst very similar, the alignment of the row of black-and-white spots on the lower underwing is slightly different. In the Brown Argus, the 'second' spot is out of line, forming a so-called 'twin-spot' with the first spot, whereas in the Common Blue, these spots form an even smooth arc. 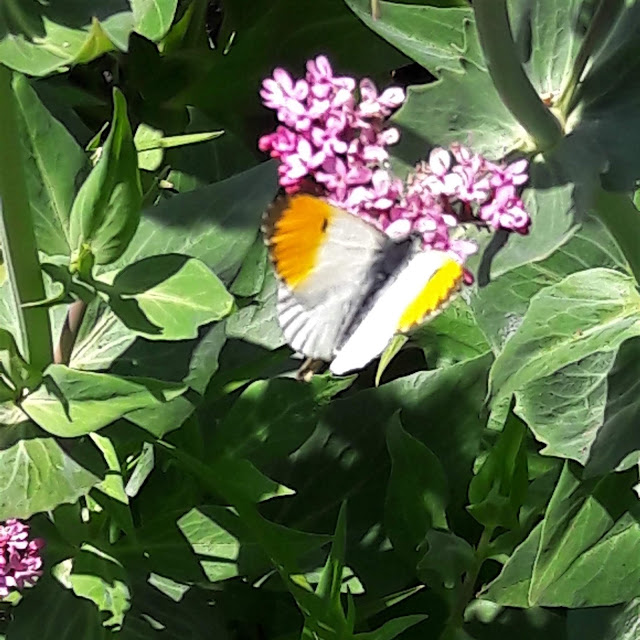 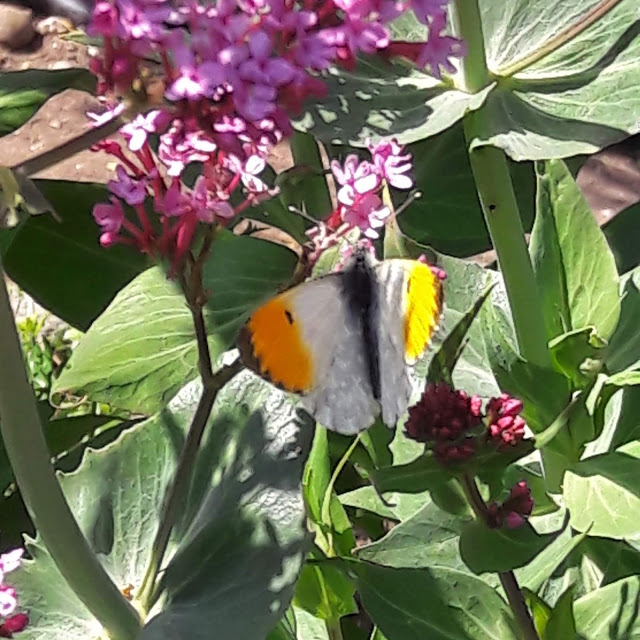 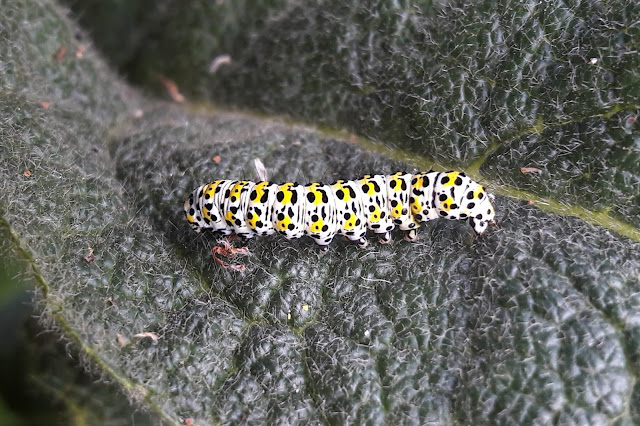 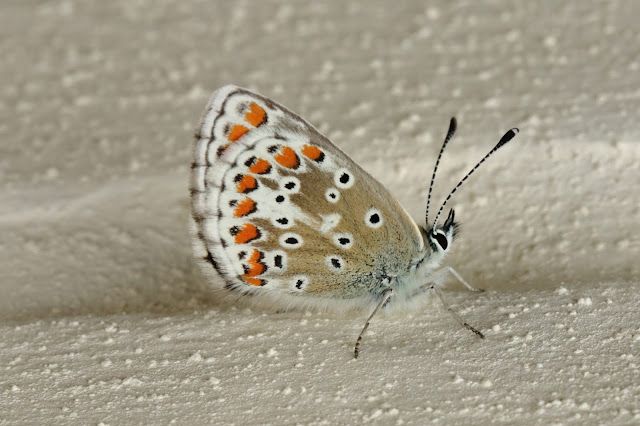 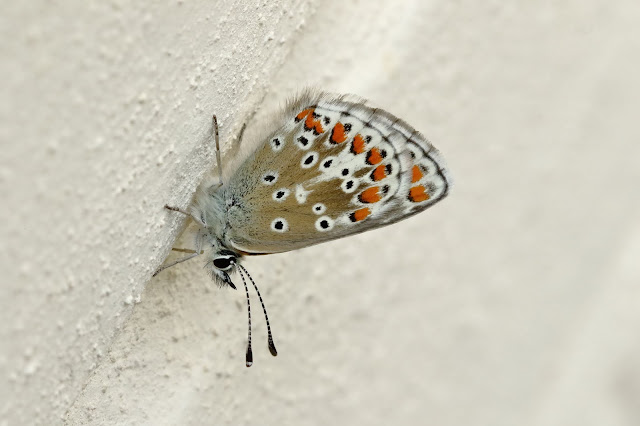 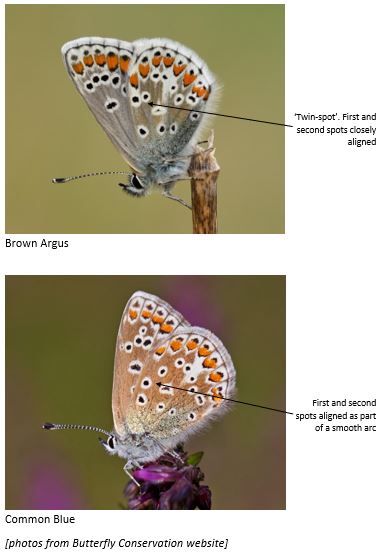