This weekend, both Sally T and Andy M spent some time cleaning out the autumn/winter debris from their respective ponds, and both came up with a few interesting 'beasties'!

Sally T found a Smooth Newt and a number of nymphs - most likely all Dragonfly nymphs of various ages.  Damselfly nymphs are smaller, and have longer 'gills' at the end of the body than dragonfly nymph.

Andy M found three Frogs and a dragonfly nymph, believed to be that of a Hawker (species unclear). 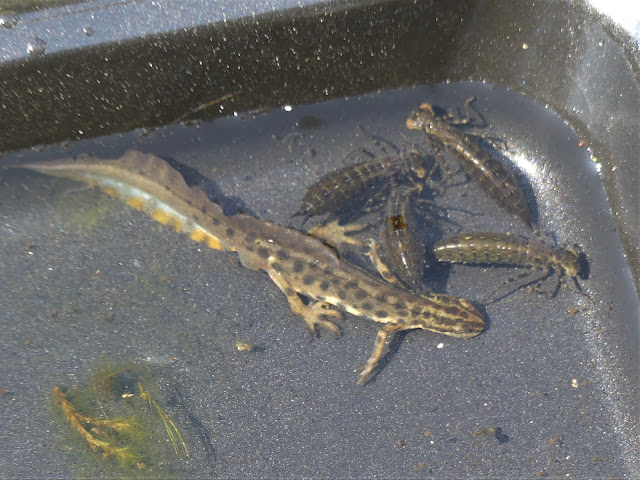 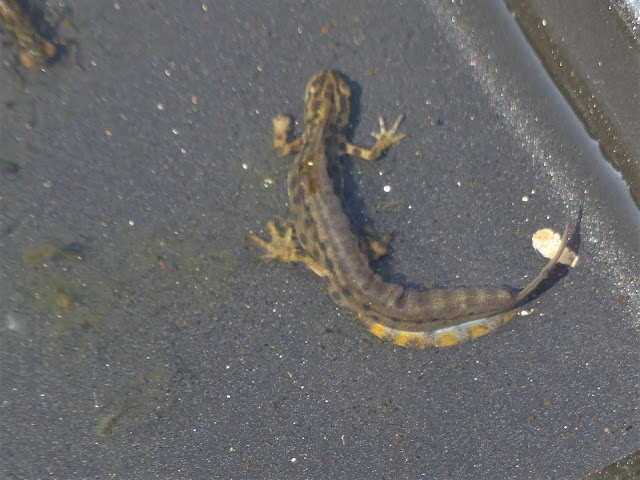 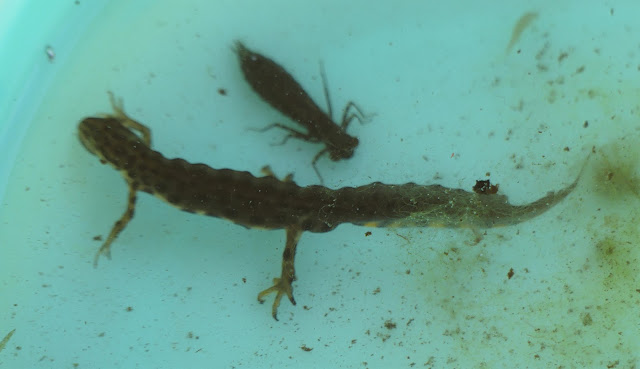 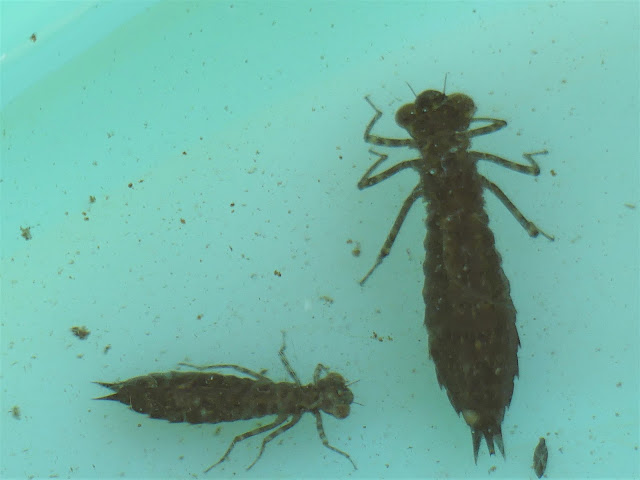 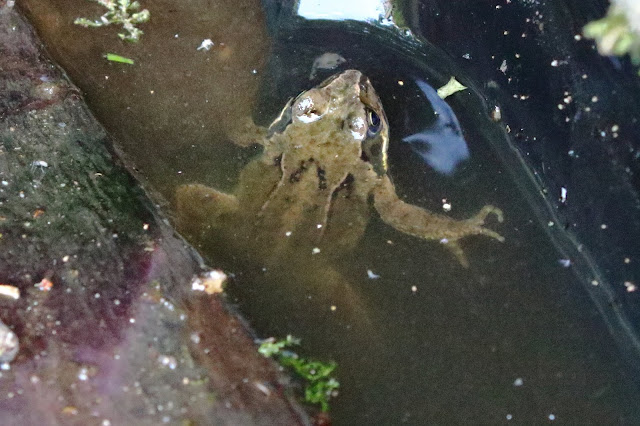 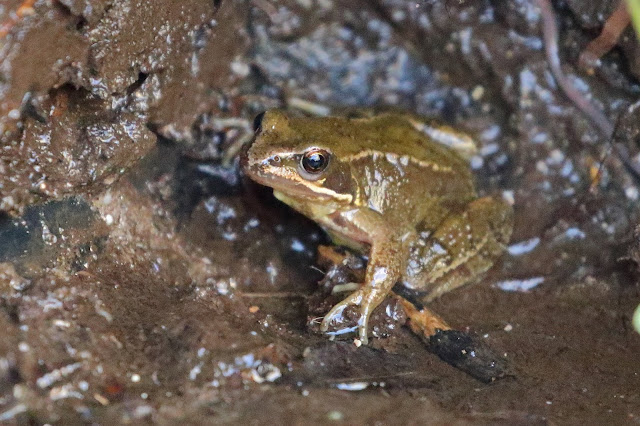 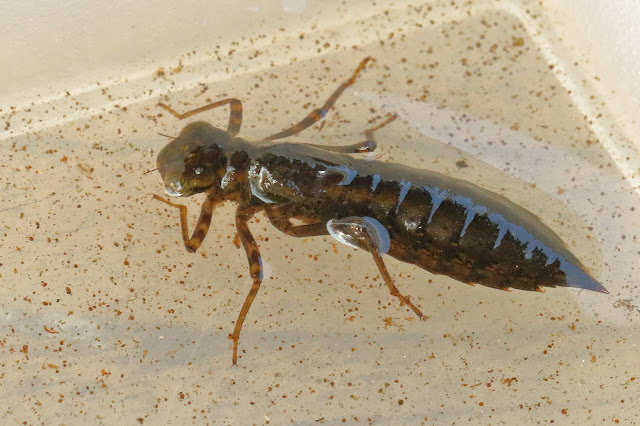 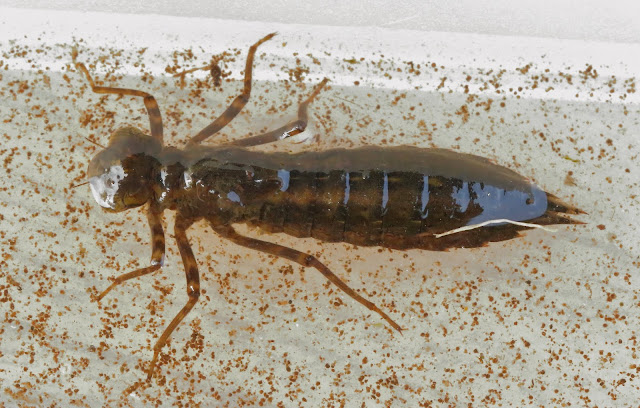 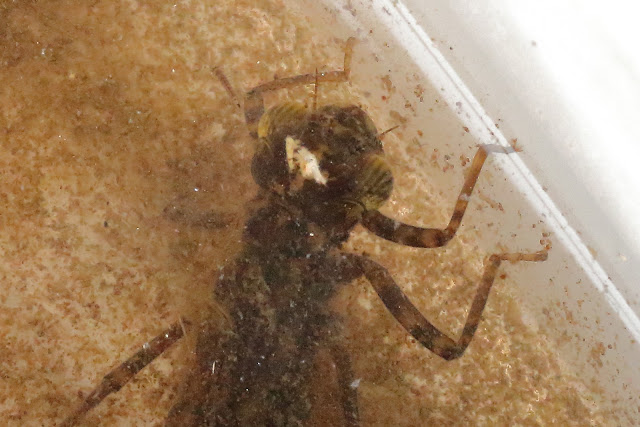