A male Reed Bunting was singing from the hedge tops - presumably the male of a pair that were seen in the same place a few weeks earlier.  Several male Yellowhammer were also in fine voice, with the odd female lurking nearby, no doubt assessing the talent. Several Chiffchaff and a Wren were loudly proclaiming their territories, and in the recently harrowed field, a male Pheasant clearly forgot, and though that hunkering down might provide some camouflage! 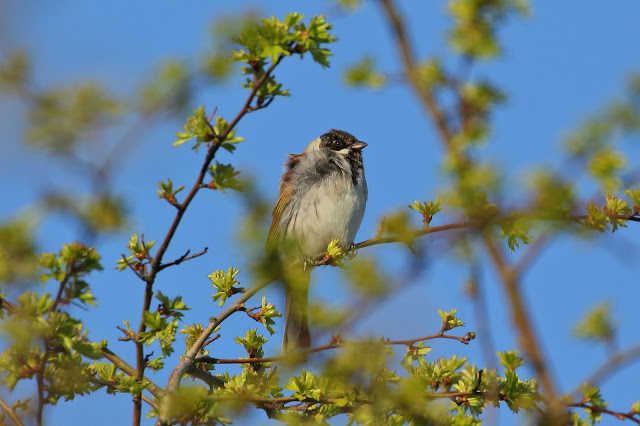 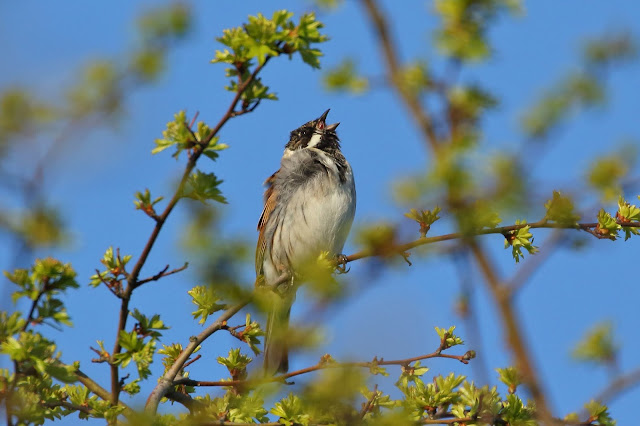 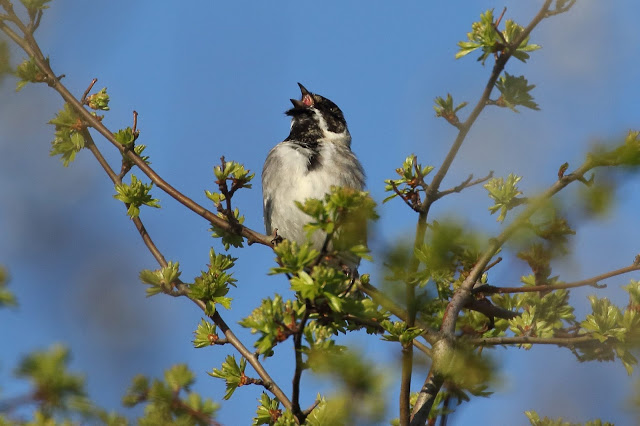 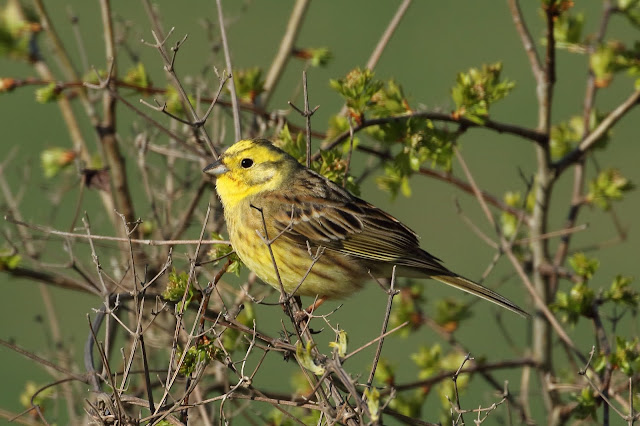 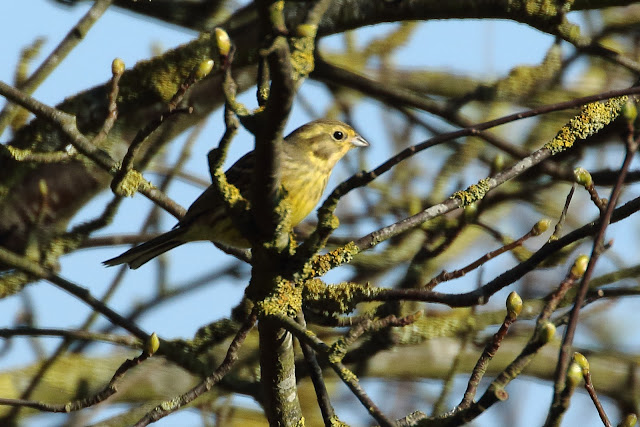 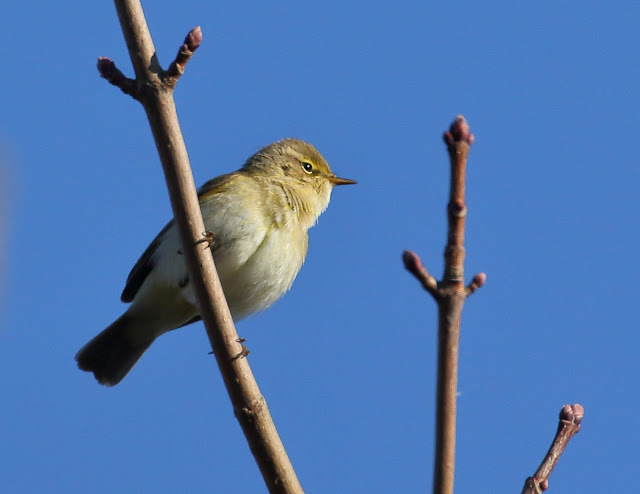 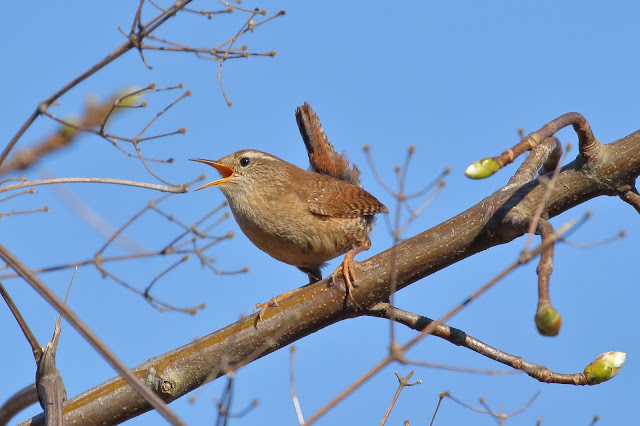 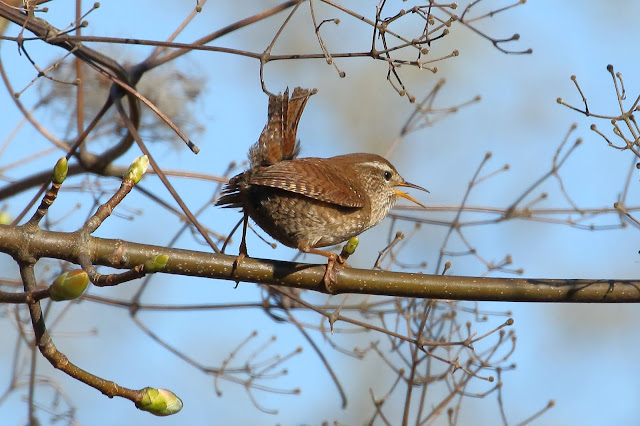 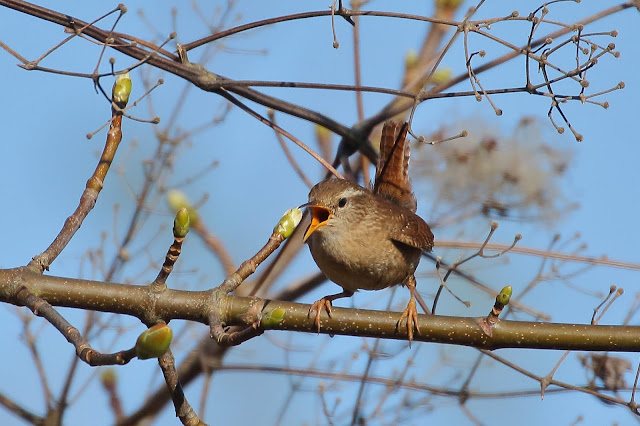 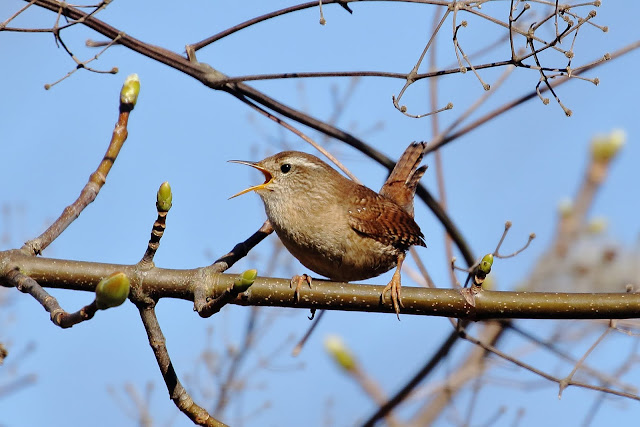 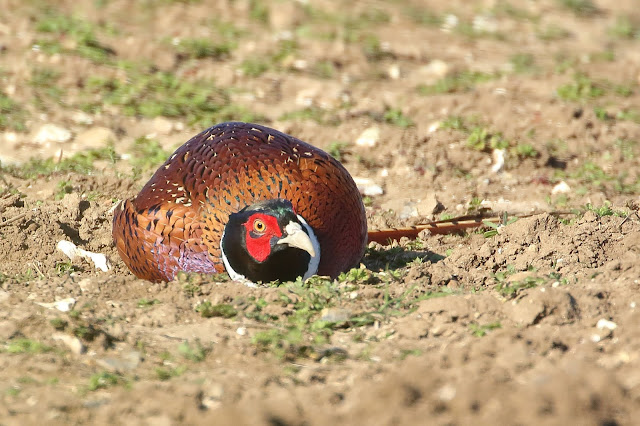 Male Pheasant
clearly hoping that hunkering down would provide more than enough camouflage!

A number of animals were also in evidence - most prominently a Muntjac hurtling at full pelt down the path towards me, until it got wind of me and did a smart about-turn.  A Grey Squirrel took an alternative approach - 'if I can't seen him, maybe he can't see me!'.  A Fox was also spotted in the distance before slinking off into the woods. 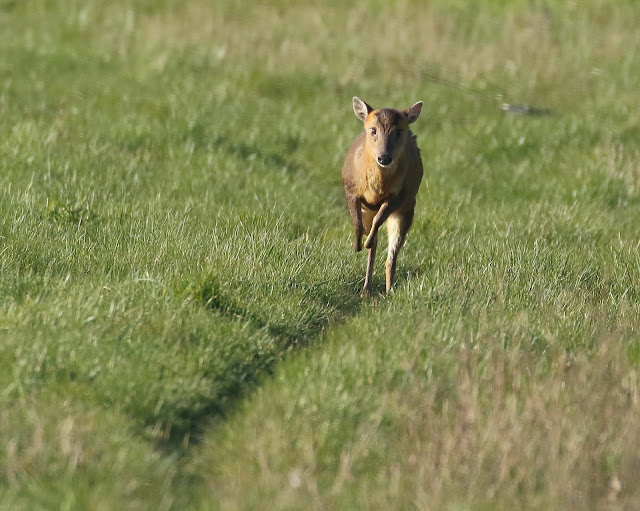 Muntjac - on a collision course .. 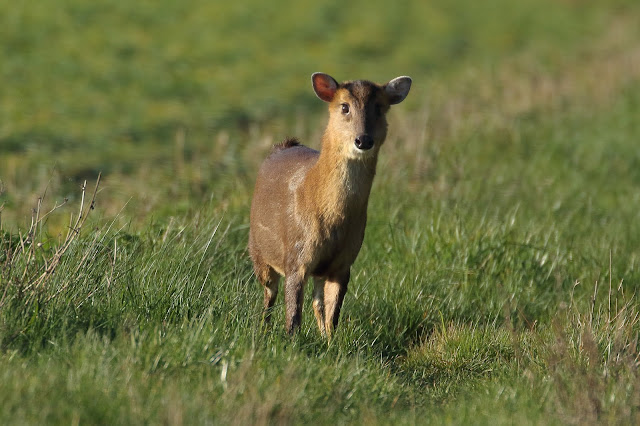 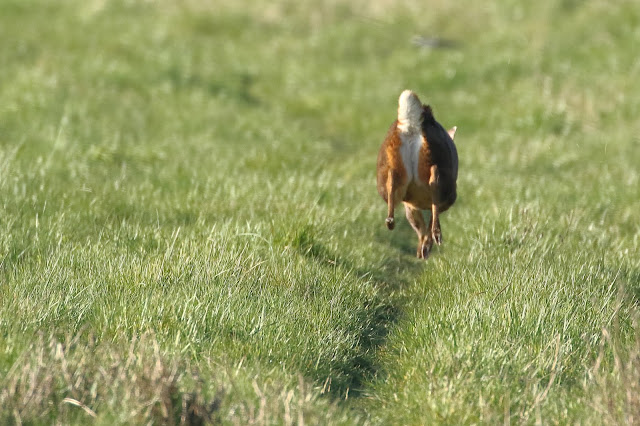 ... and promptly did an about-turn. 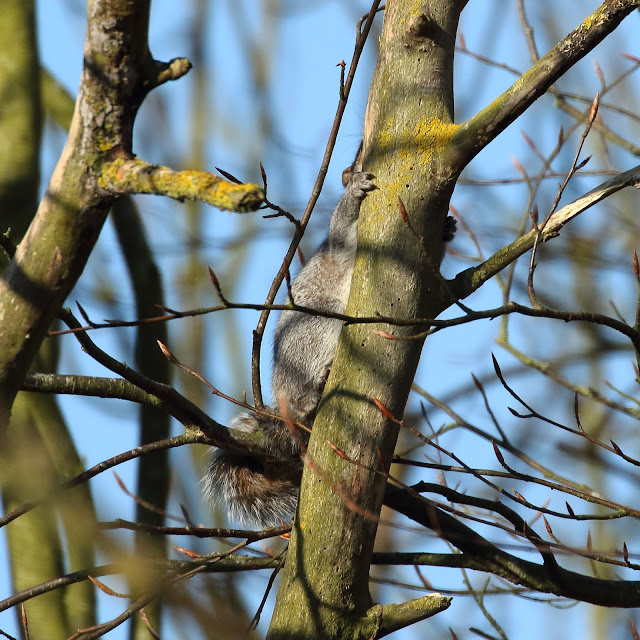 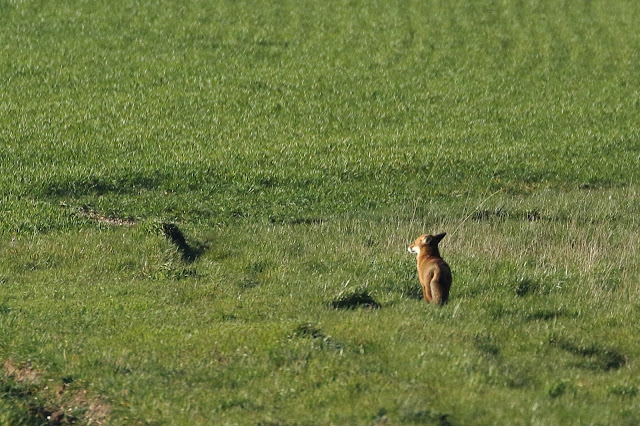 A distant Fox surveying the scene

A a few flowers looking fabulous in the morning sun. 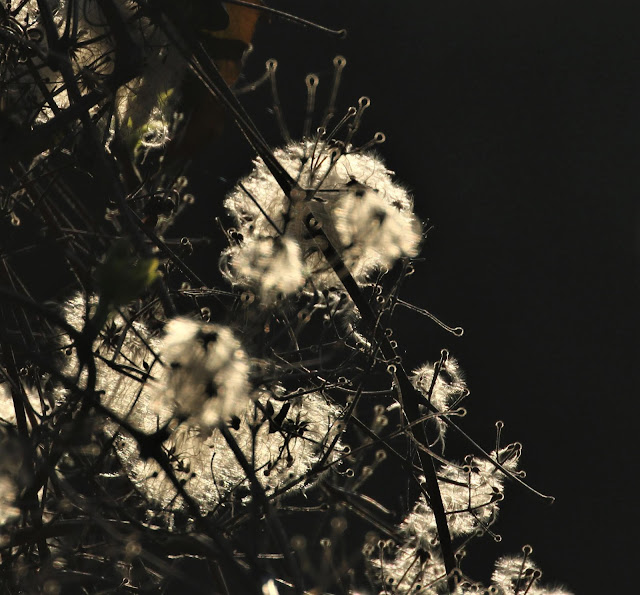 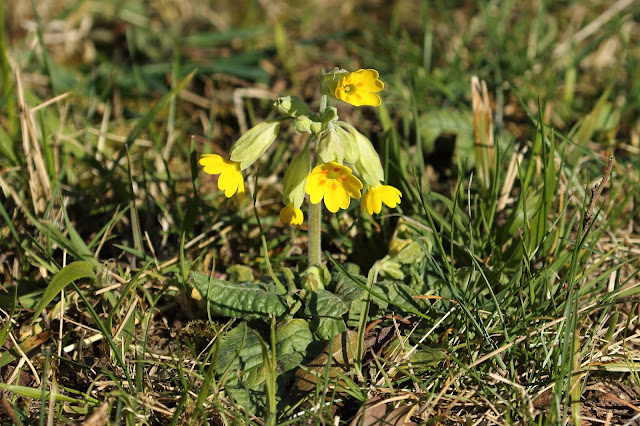 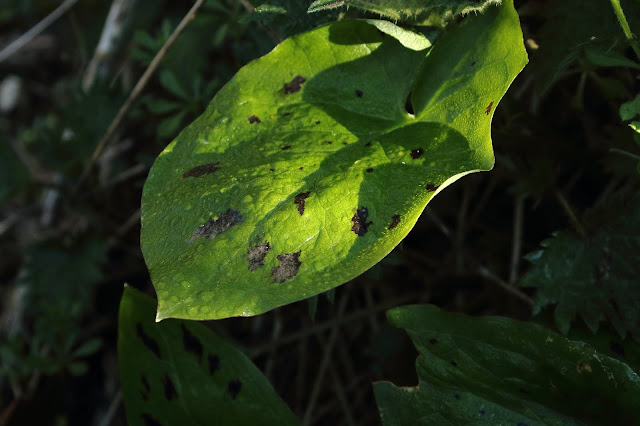