For the past couple of weeks a female Blackbird has been spending a lot of time on the nest, presumably incubating eggs, but on 29th March Andy M was surprised to see both female and male Blackbird off the nest, busily collecting food. He watched for a while and just managed to glimpse the young being fed. 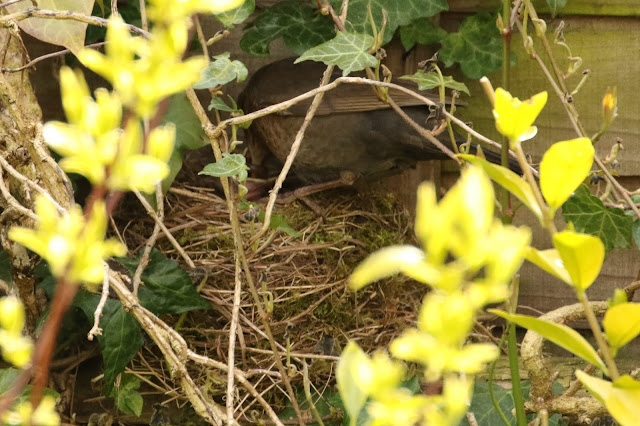 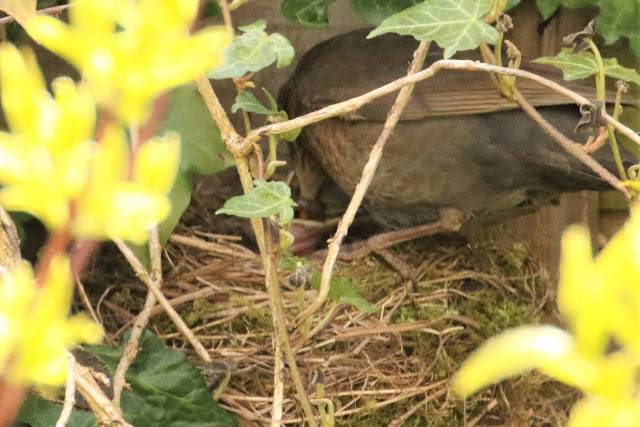 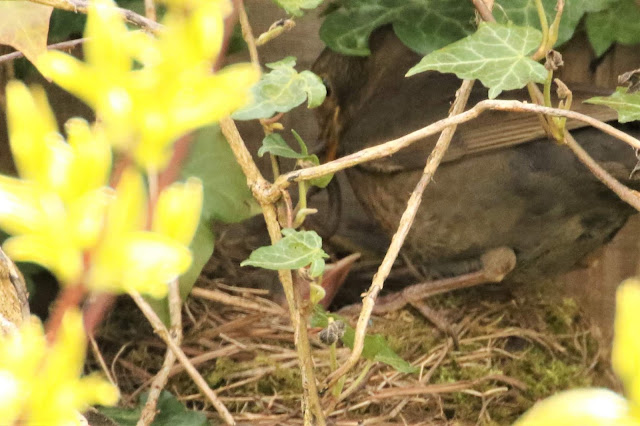 Sadly, two days later, after some unseasonably cold northerly winds, the adults seemed to have abandoned the nest, and a closer inspection indicated that the young had perished, presumably from the cold. One of the perils of starting to nest so early. The pair are still around, and are busily making another nest - this time in a more sheltered location.
Posted by Andy M at 18:45