Whilst having very different songs, the two species are quite similar in appearance - both having distinctive white throats - but the Common Whitethroat has rufous-chestnut wings, a light grey head and slightly pinkish flanks, whereas the Lesser Whitethroat has duller earth-brown wings, a dull grey head with a darker-grey 'mask' around the eyes, and pale brown flanks.

Also of note along the Roman Road were two Wheatear - a passage migrant to this area - and singing Corn Bunting, Yellowhammer, Linnet and Willow Warbler, as well as two Swallow near Worsted Lodge.

Andy M went back to the Roman Road on Sunday (26th) and took these photos: 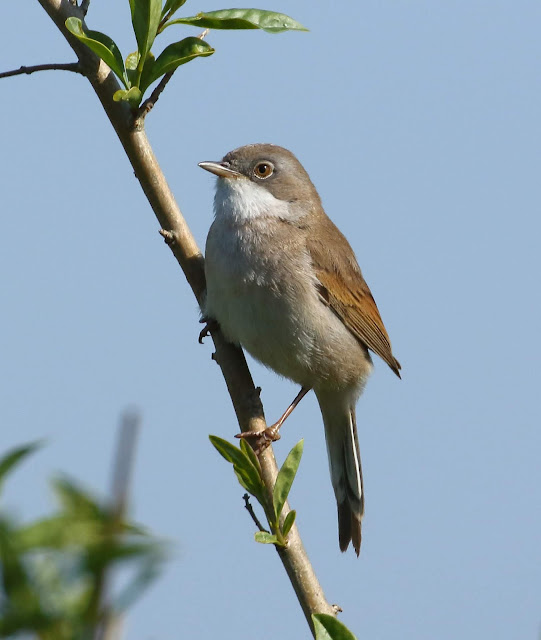 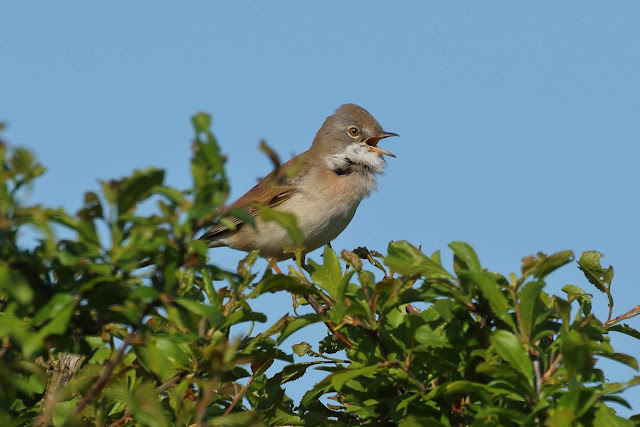 Common Whitethroat
note the white eye-ring, pink-tinge to the upper breast and flank, and stout bill 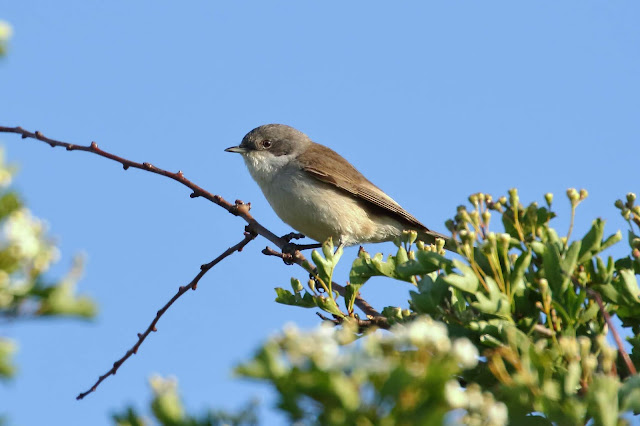 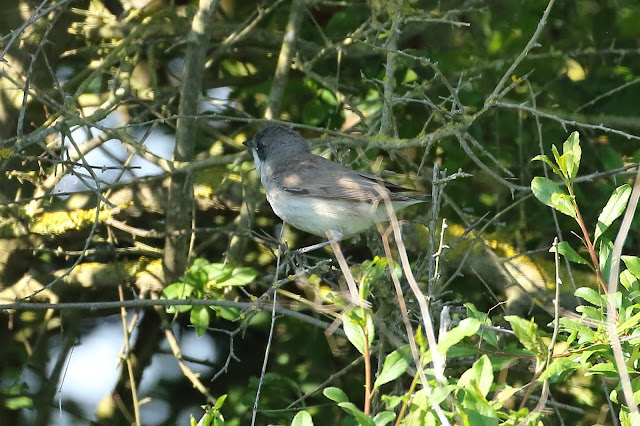