Whilst surveying the wild flowers along the Bourn Bridge Road protected verge, David F spotted an interesting beetle on a Scabious flower. After some deliberation, it is believed to be a Tawny Long-horn Beetle, a species which is relatively scarce nationally - so an interesting find.

Iain Webb, of the Wildlife Trust took a look at the photo, and suggested that the 'Long-horn recording scheme' operated by www.coleoptera.org.uk, would be interested to receive the report.  Iain added that he recalled seeing an individual of this species along the same verge several years ago, and it's larvae are believed to feed on fungal mycelia in the soil. 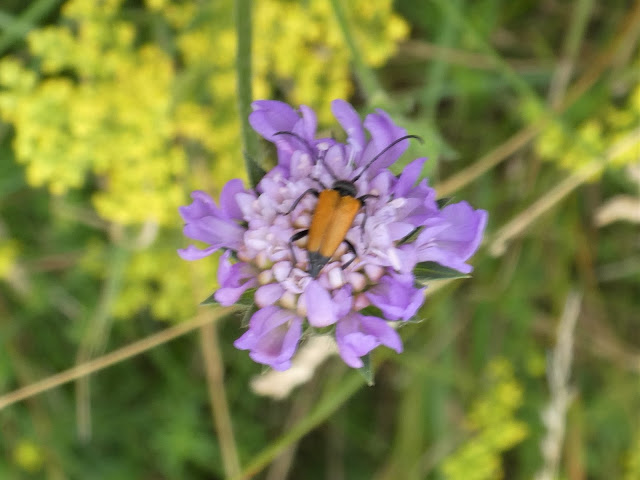