There have been a number of skipper butterflies along the Old Railway Cutting over the past week or so, and Andy M has been trying to identify them.  Whilst quite hard to distinguish, Andy thinks he found all three commonly occurring ones: the Large Skipper which is the largest and with bolder patterning, the Small Skipper which is ... smaller, with a thinner 'sex brand' on the forewing of the male, and the Essex Skipper, similar to the Small Skipper, but with black-tipped antennae. 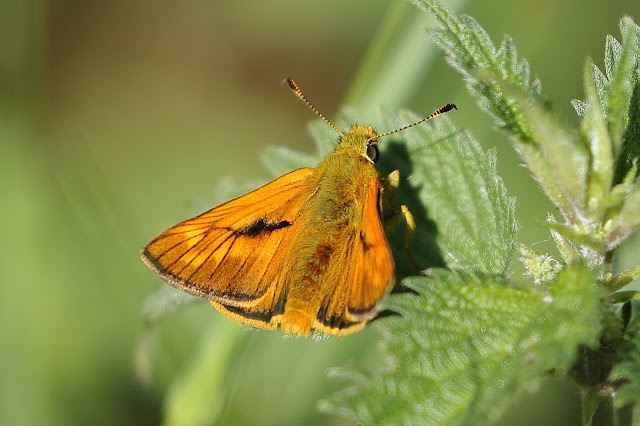 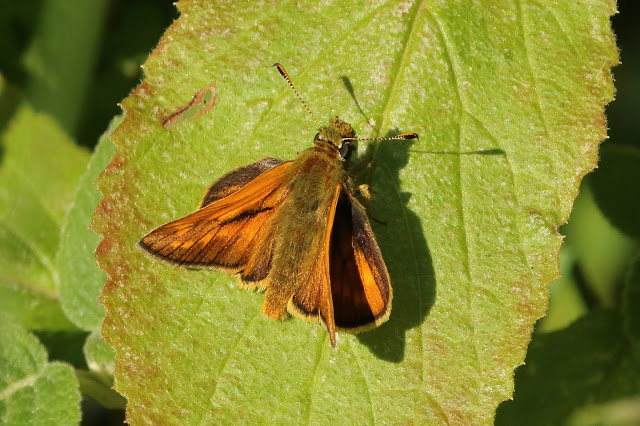 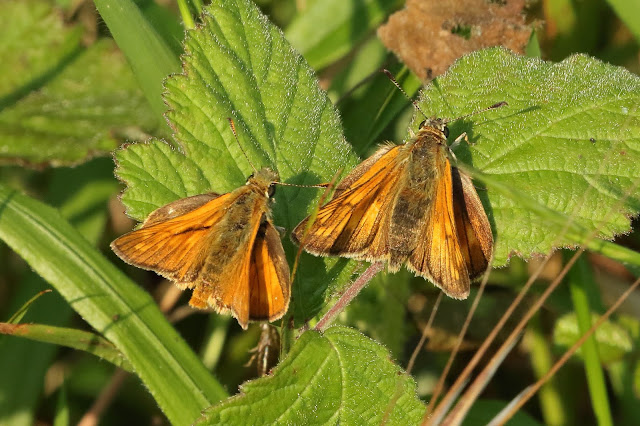 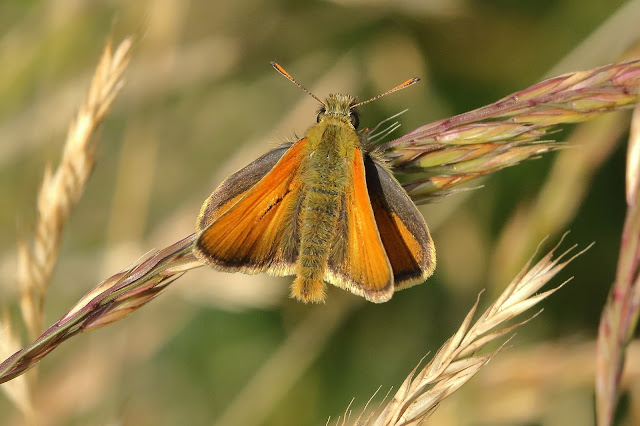