News. Raven seen for the first time in the Abingtons

A Raven was seen flying over the Old Railway Cutting, early on Saturday morning.

At first heard, making a loud, deep and repeated 'kraw', it was flying low about 30 metres up, across the arable fields to the south of the railway cutting. It progressed, somewhat erratically, over the cutting and headed out towards Hildersham.

Even at a distance, the all-black bird appeared large and heavily-built. The large bill and thick-set 'feathery' neck, as well as the long primary wing feather 'fingers' and deep powerful wing beats, all  seemed to set this bird apart from the usual Carrion Crow or Rook.

Andy M took a few photos, which he shared with a few birder friends for their opinion, and who agreed that this was indeed a Raven.

Apparently, Cambridgeshire has a few Raven reports each year, mostly in the south and east of the county, but they do seem to be spreading east.  Excitingly, Derek confirmed that this is the first report of a Raven in The Abingtons. 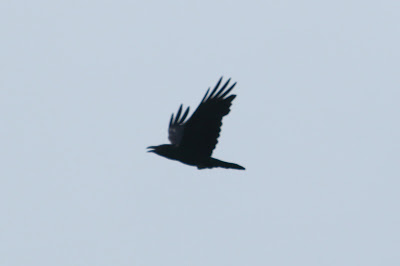 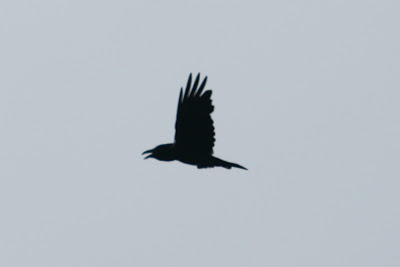 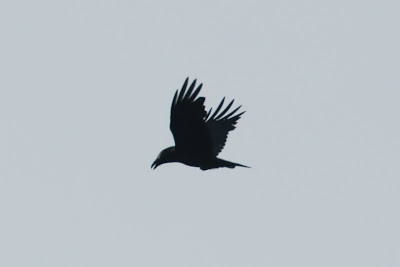