This year's first report of a hirundine (swallows and martins) in The Abingtons came on Tuesday morning.  A group of five Sand Martin was seen swooping low over Granta Park lake, travelling westwards.

Whilst dependent on the weather and location, Sand Martin are generally the first of the hirundines to arrive in the UK, starting in March and peaking by late-April. Swallow generally arrive during April, with House Martin arrivals being more spread out from mid-April to late-May, and Swift not arriving until May. Unsurprisingly, typical arrival dates in Scotland are 2-4 weeks later than in southern England.

So ,,,, keep your eyes peeled - and let Derek know when you see your first!

The BTO have this interesting and useful identification guide:
https://www.bto.org/about-birds/bird-id/bto-bird-id-hirundines-and-swift 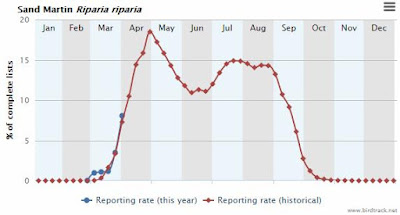 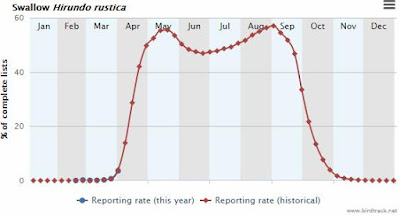 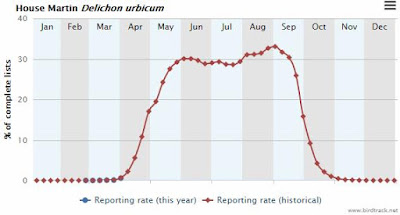 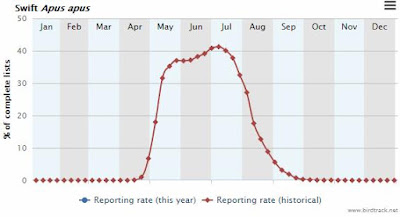 Arrival data from BTO website
Posted by Andy M at 20:29