Earlier this week, on 16th June, after the exceptionally heavy rain showers had cleared, Andy M took the opportunity to take a quick walk around Granta Park in the evening sun.

As they approached the lake, they noticed a few tiny Common Toad toadlets hopping across the damp path. However, with every step nearer the lake, 'a few' toadlets soon turned into 'a plague' of toadlets.

Every patch of ground within about 10 metres of the lake edge was absolutely teeming with these tiny young toads - only 5-10mm long - but they were everywhere.  There must have been literally thousands of them, and the whole area alongside the lake seemed to be alive with tiny crawling and hopping movements - almost too small to see, and all apparently heading away from the lake.  It was really quite a sight! 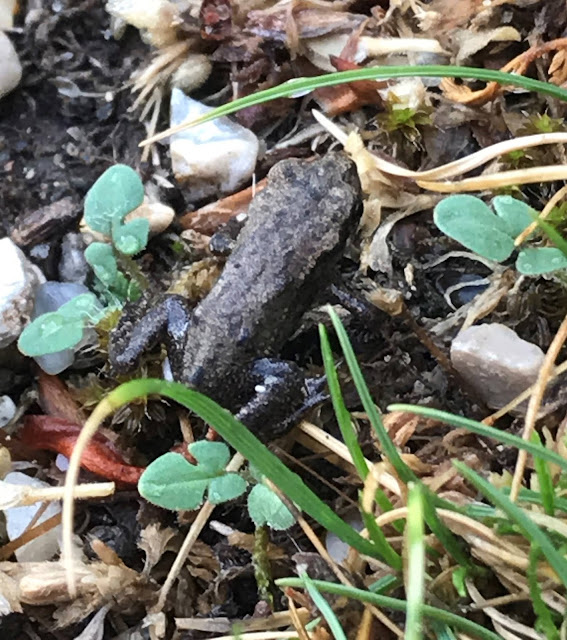 Anne D-N commented that such 'mass movements of literally thousands of young toads from their birth pond' were mentioned in her books, but that 'this usually occurred in July, and often after heavy rain'. Andy had never witnessed this before before on Granta Park, although Richard S did recall something similar happening on the TWI site 10-20 years ago.
Posted by Andy M at 15:27