Great Crested Grebe, and other birds, on Granta Park

Early Friday morning, well before many folks were around, Andy M took an 'exercise walk' around Granta Park before work. Being windy, there weren't so many birds around - except on the lake, where to his surprise a pair of Great Crested Grebe were fishing. There was no obvious signs of displaying or nest-building - but the two birds were behaving as a pair. It may be a little late in the season to be starting this year - but we shall see!  This was the first time a pair has been seen on the lake since April 2018, when a pair started to nest, but it failed early.

There were also a pair of Tufted Duck on the lake, and a family of Canada Goose on the cricket field. 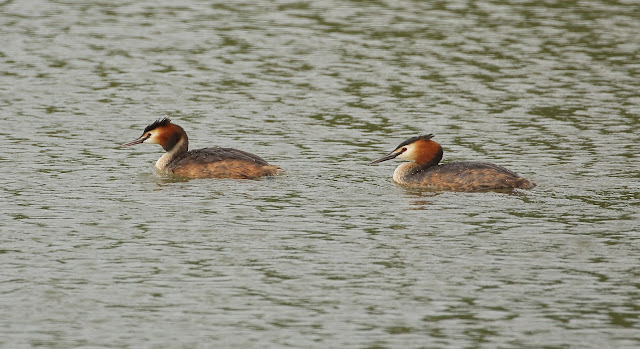 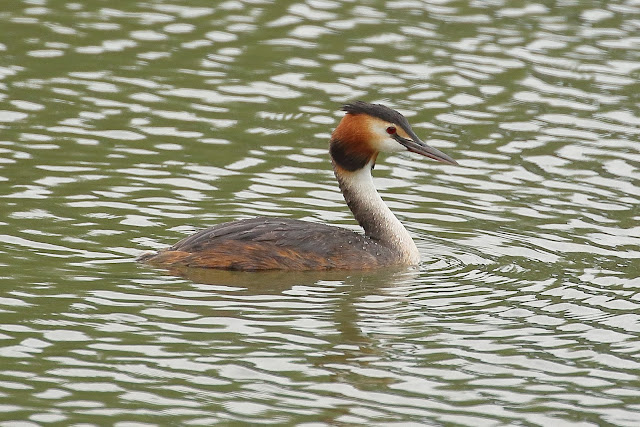 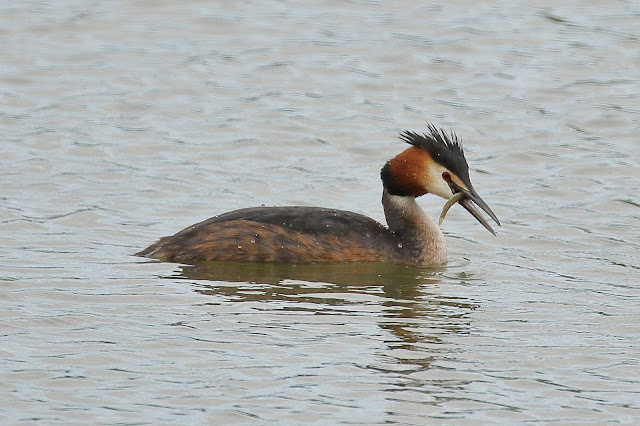 Great Crested Grebe with a fish 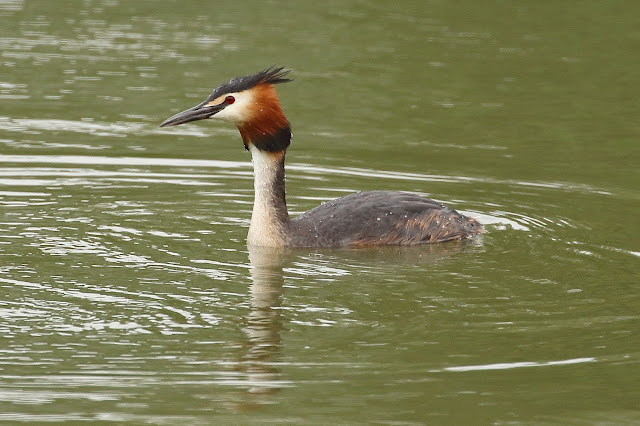 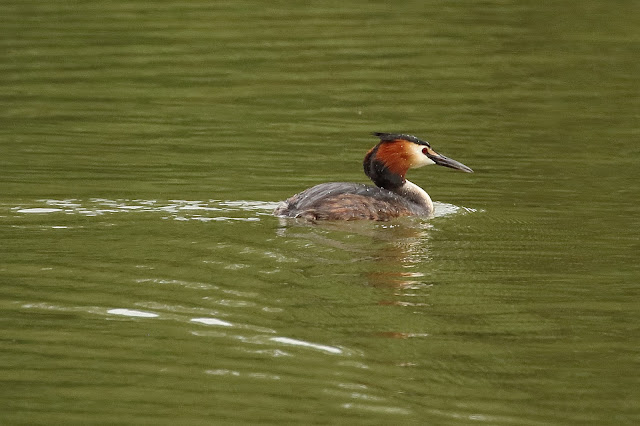 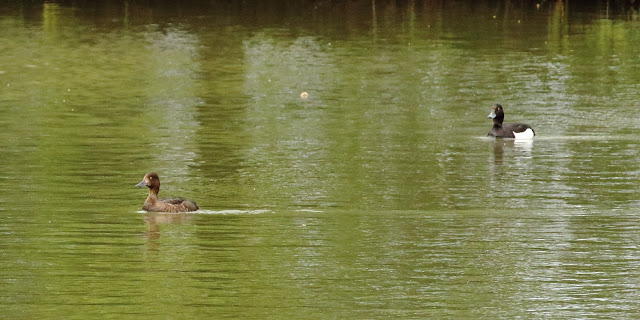 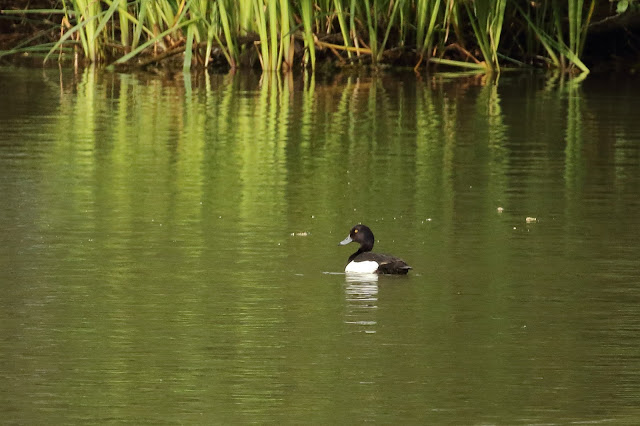 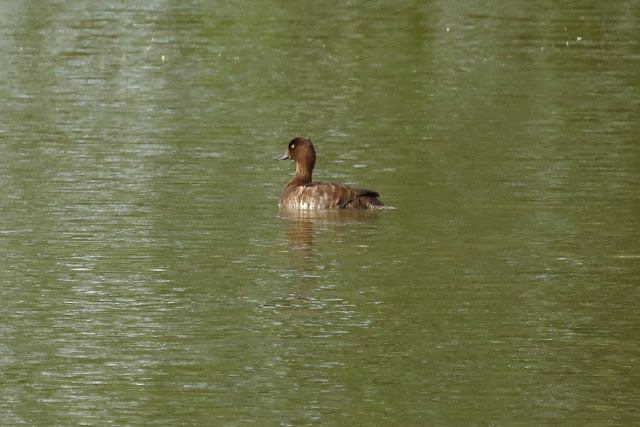 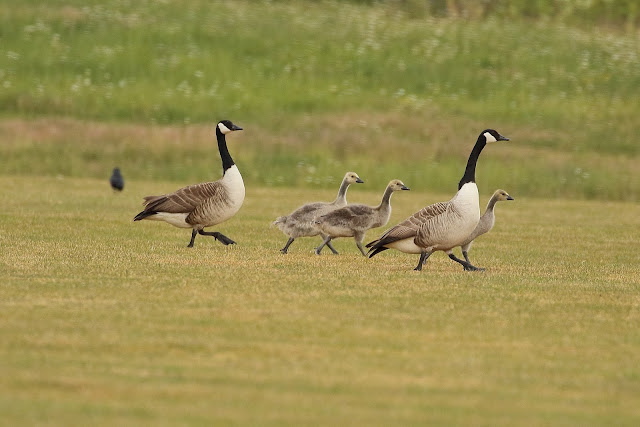 Canada Goose family, out for a stroll