Jennifer commented this was first sighting of a Beefly this year in the Abingtons, slightly earlier than previous years, the first sightings being on 24th March in 2019 and 2017, and on 5th April in 2018.

Since this first report, Derek has seen two more Beefly is his garden, and Andy M saw one near the Old Railway Cutting and two in his garden - all in sunny spots (24th).

Looking like a bee, Beefly have yellowy-brown hair on the body, long, spindly legs, and a long, straight proboscis that it uses to feed on nectar from spring flowers, such as primroses and violets. Beeflies are on the wing in the early spring, when they can often be seen in sunny patches. In flight, they are even more like a bee as they produce a high-pitched buzz. There are several species of beefly in the UK, which can be difficult to tell apart; the Dark-edged Bee-fly has a dark edge to the wing, while others have plainer, translucent wings.  [source Wildlife Trust website] 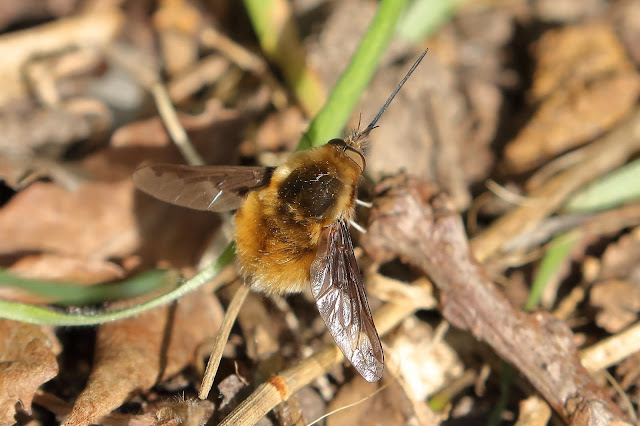 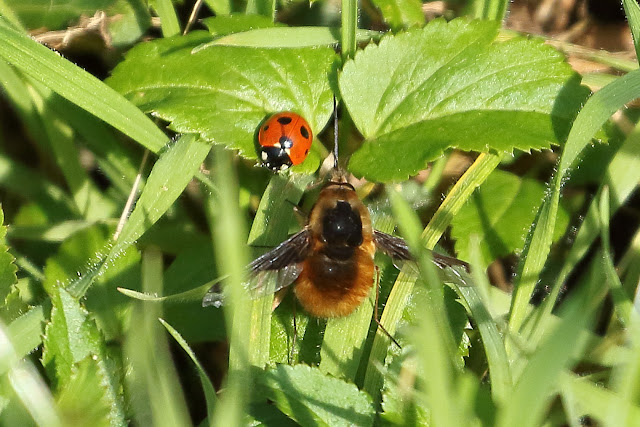