Less than a week after the first Chiffchaff were heard singing their characteristic song, Andy M heard the first Blackcap singing this morning, along the Old Railway Cutting.

Last year in the Abingtons, the first singing Blackcap was heard on 19th March, also along the Old Railway Cutting - remarkably consistent timing!

Producing a fine musical song with a wide range of notes, and often including some scratchy sounds in the middle, the Blackcap song typically ends with a fast run of clear warbling flute-like notes. 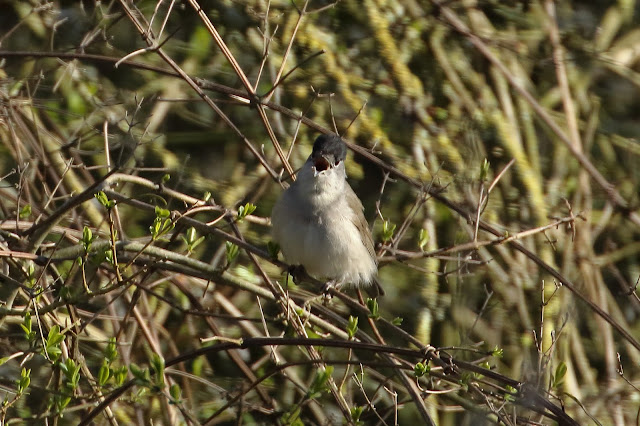 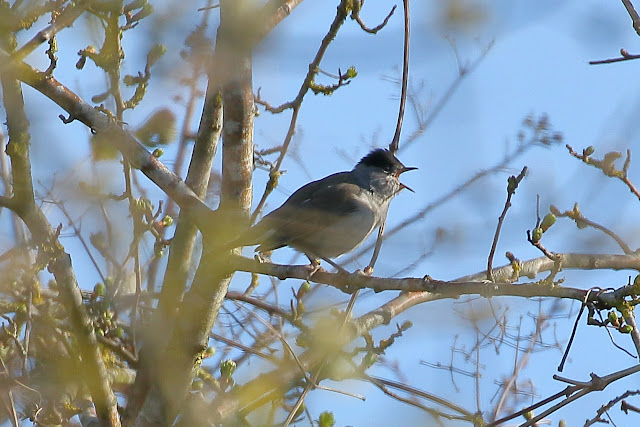