Anne Dunbar-Nobes has spotted a number of young warblers in her garden recently (21st August).  The first was a young Willow Warbler – very greenish below, with clear eye-stripe and eyebrow.  The others were a small group of young Chiffchaff, seen siting the water fountain. Whilst the plumage of young birds can sometimes appear a little less distinctive and more 'fluffy' than the adult, the dark legs and feet are characteristic of Chiffchaff, and the plumage of the young has a slightly more greenish-yellow tinge compared to the adult.

Anne also reports watching a Sparrowhawk with its prey - an unfortunate Collared Dove - on the lawn a week or so earlier (12th August). The female Sparrowhawk spent at least 20 minutes plucking the dove and eating some of the flesh before it was able to take off and carry the carcass away. 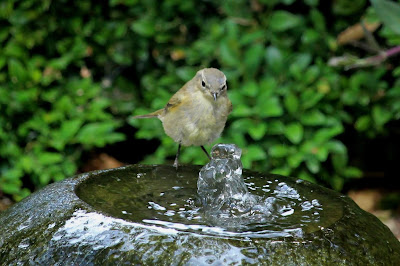 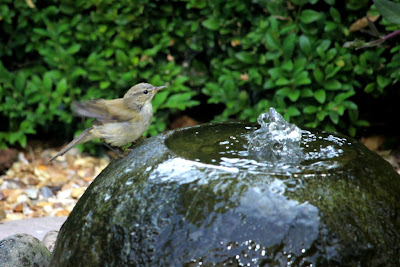 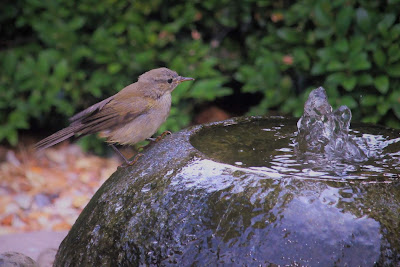 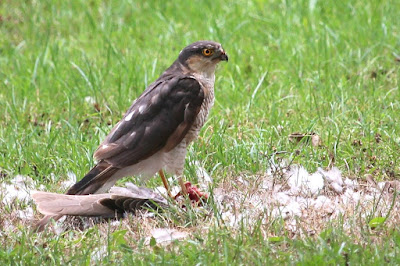 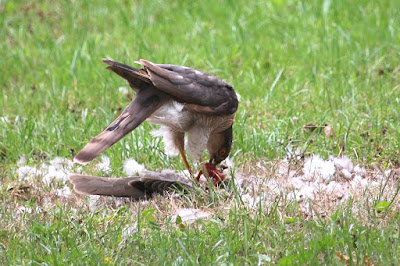