Anne D-N has had a pair of Spotted Flycatchers nesting in her garden until recently.  These pictures were taken on 22nd July - one showing the adult with a fine beakful for a lucky chick.  The pair were nesting in an artificial swallow nest, and Anne believes that the young fledged in the last few days.

Michael Holdsworth, who studies these wonderful birds, indicated that Spotted Flycatchers are fairly nest site-faithful so, assuming they successfully make the journey to central Africa and back, they may return next year! 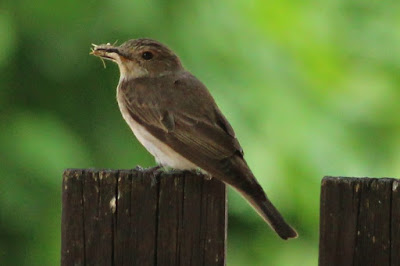 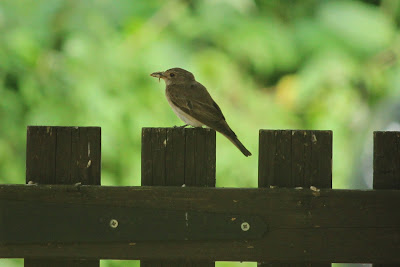 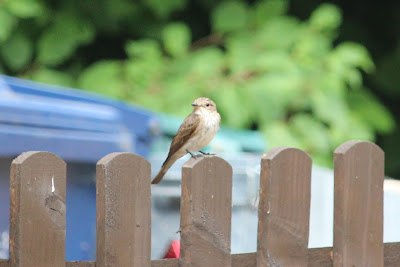