After two years of nesting in the heaps of building rumble in a (now re-landscaped) site on Granta Park, the Little Owls have moved on and found a new nesting site in amongst the various pipes and tubes stored on site. The pair of adult owls have at least one well-developed chick, which hopefully will successfully fledge in the next few weeks. 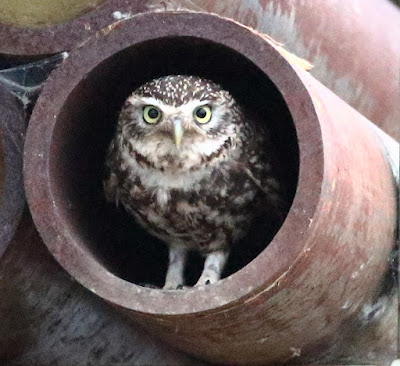 Adult emerging - having fed the chick(s) in the nest 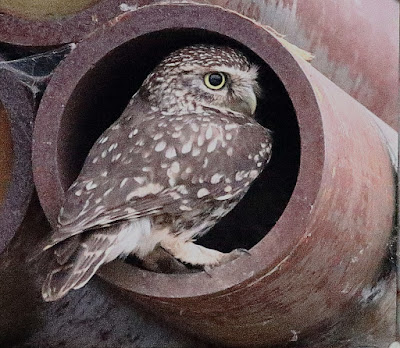 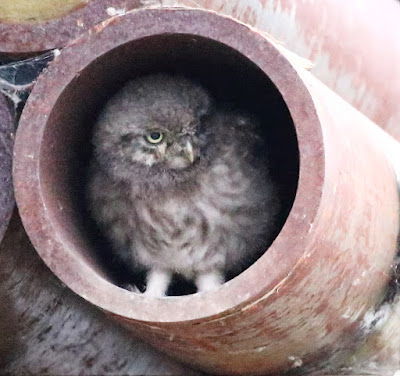 Chick - looking out from the pipe-nest 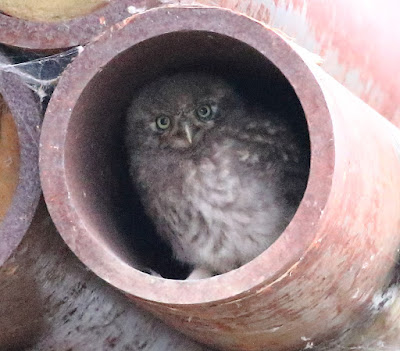