Ringlet and Large Skipper made an appearance in Andy M's garden this weekend, for the first time this year.  Red Admiral, Small Tortoiseshell and Meadow Brown were also seen, as well as a male Southern Hawker dragonfly.

Ringlet and Marbled White were also reported from the Roman Road by those on the Mid-summer walk. 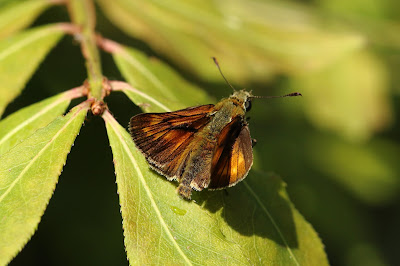 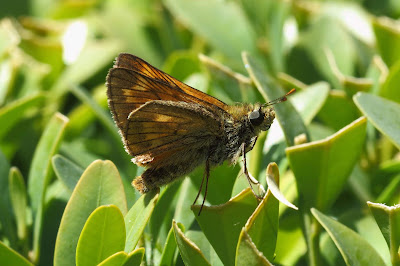 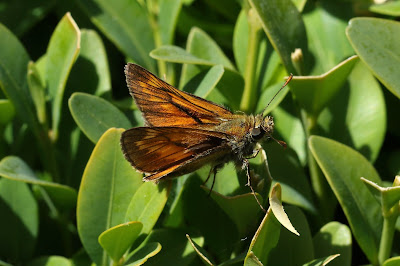 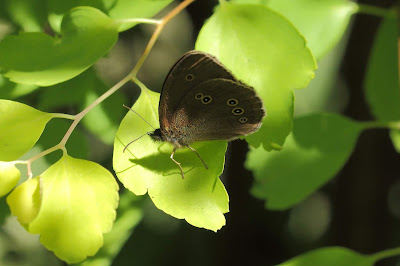 Ringlet - settling only in the shady spots!