David F spotted the Barnacle Geese were back on Granta Park cricket green today, and noted that the Snowdrops and Aconites are putting on a fine display in Lagden's Grove. 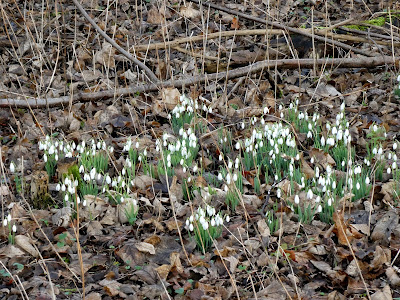 Earlier in the week, Andy M notes that a number of the Poplar and Willow trees, alongside the river behind Abington Hall, had been blown over by the strong winds last week.  One the badly damaged trees was the willow in which the Grey Heron nested last year, but as fate would have it, the branch with the nest on it remained unscathed.  It'll be interesting to see if the herons use this, now rather more exposed, nest again this year. 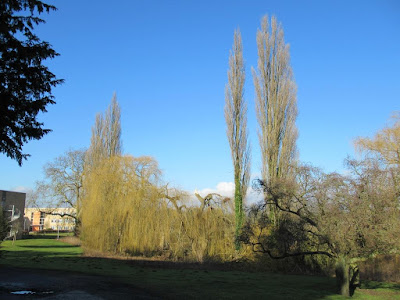 A rather sad gap in the line of Poplars behind Abington Hall. Two poplars were
blown down and the willow tree containing the Grey Heron nest was badly damaged. 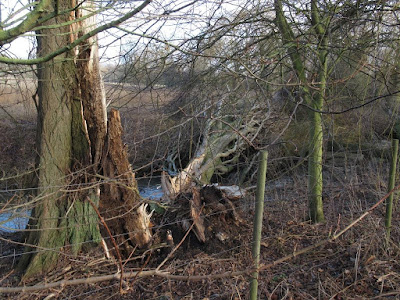 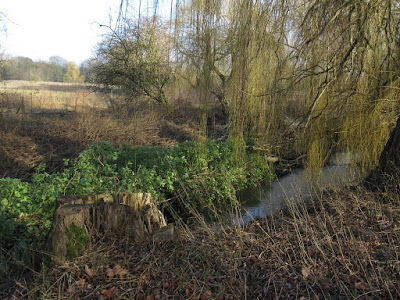 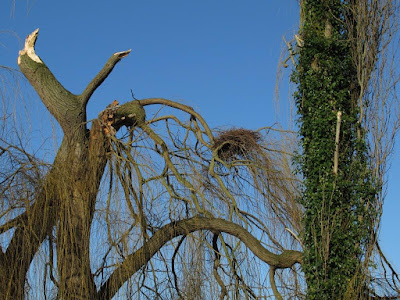 The top of the willow was snapped off, leaving a somewhat more
exposed aspect for the Grey Heron nest! 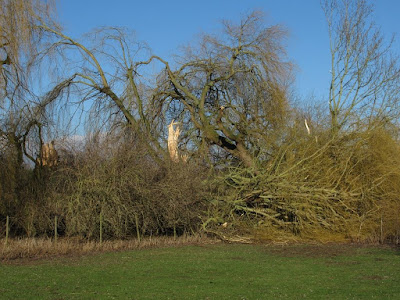 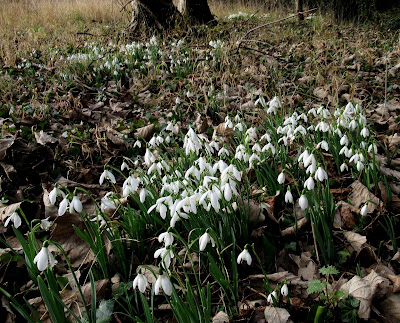 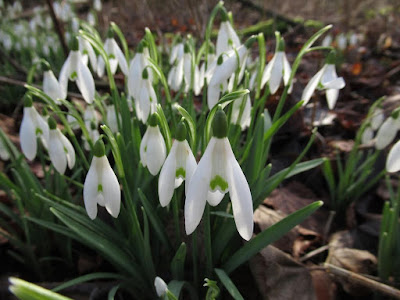