Andy found what appeared to be small spherical fungi under some yew trees in Granta Park. About 3 to 5cm across, and with a somewhat scaly appearance, he believes these are probably the fruiting bodies of the Common Earthball fungus (Scleroderma spp).  Apparently, the light-brown scaly fruiting bodies appear in late autumn/early winter and rupture to release the spores - the empty cases persisting for some months afterwards. 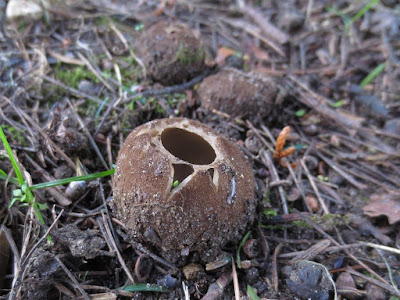 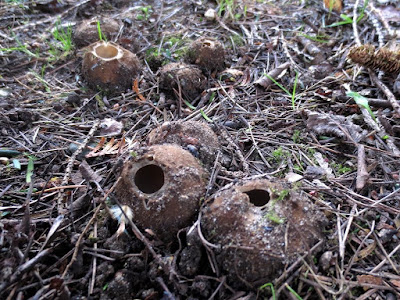