A relatively recent introduction from Europe, the strikingly coloured Wasp Spider can now be found across much of Southern England, spreading north. With a body size of 1-2cm, the females build large orb webs in grassland and heathland, and attaches silk egg-sacs to the grasses.  Whilst mimicking a wasp for protection, it feeds on grasshoppers, and is non-dangerous to humans.

Since Darren's first report, a further Wasp Spider was reported by Marion R in her garden (23rd August). 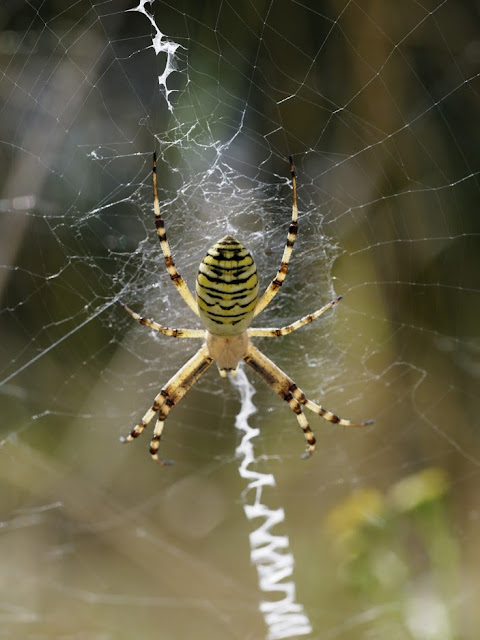 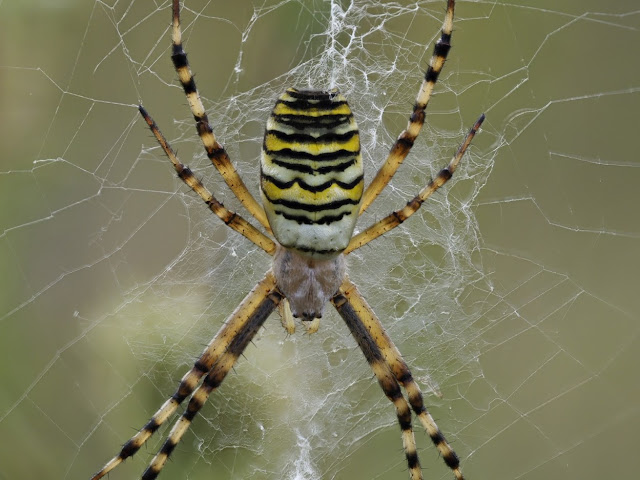 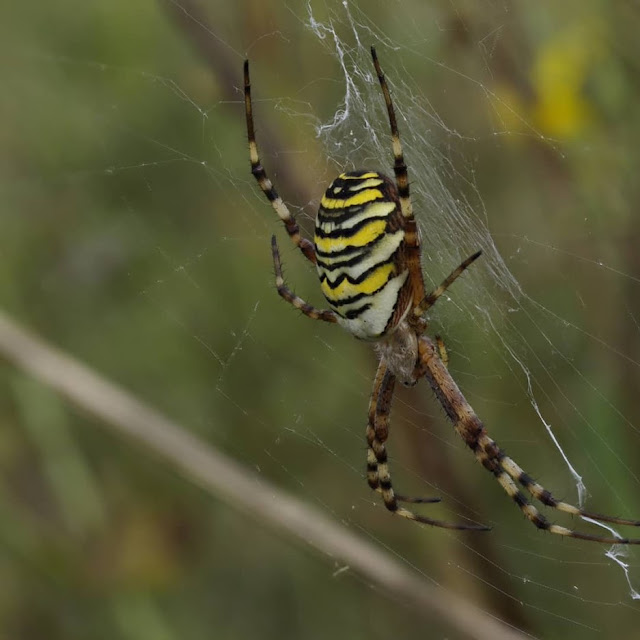 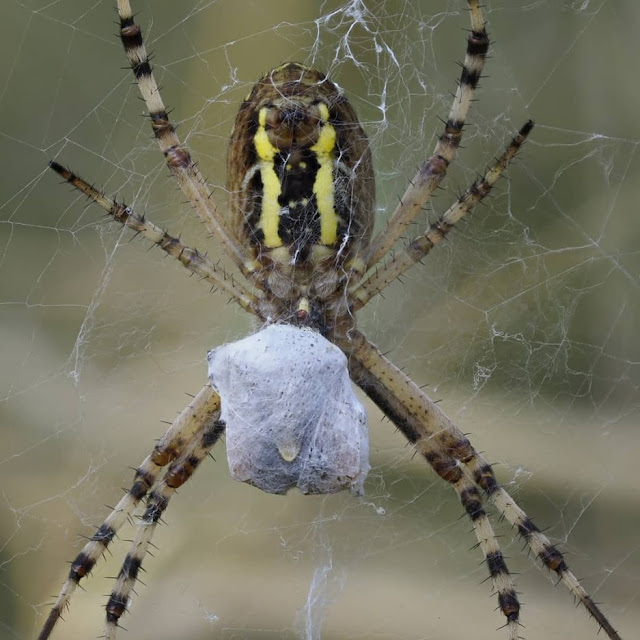 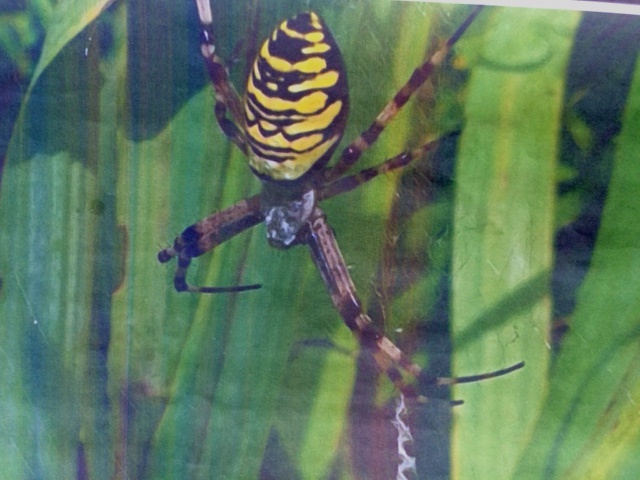 A further photo was taken of the same Wasp Spider, after it had produced a large egg sack.
Photo Bill Rusted (18th Sept) 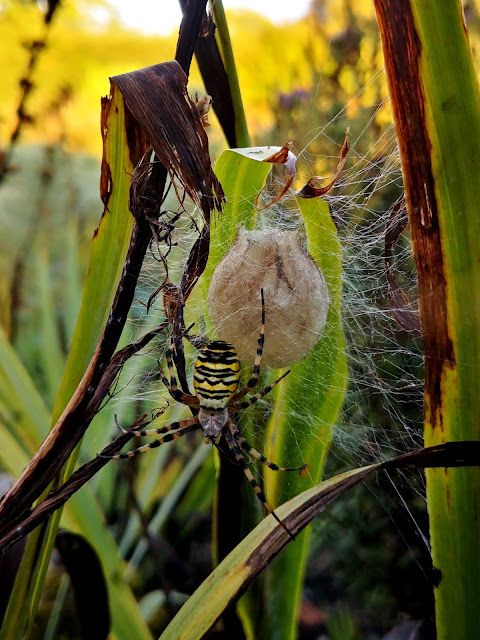