In glorious spring sunshine, six ANW members enjoyed a walk around the RSPB Fen Drayton Lakes reserve on Saturday 23rd Feb. As well as seeing a good variety of bird species and large numbers of ducks, we were lucky enough to get great views of a Marsh Harrier hunting effortlessly above the reedbeds, and a Water Rail briefly, as it scuttered across the water between reedbeds just in front of us.  It was also heard making its strange 'grunting, squealing' call, known as 'sharming', from the reeds shortly afterwards.

A total of 39 bird species were seen.

The group also saw a few Brimstone butterflies, out in the gloriously warm sunshine, and broke out the sunhats in celebration! 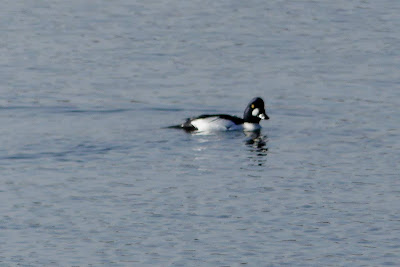 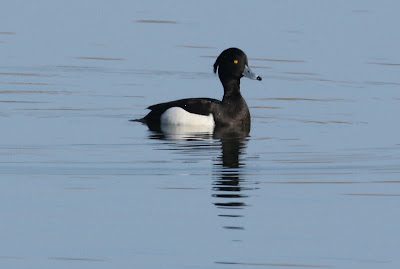 A male Tufted Duck - also with white flanks, but less prominent,
with a plain dark head and obvious tuft (AM) 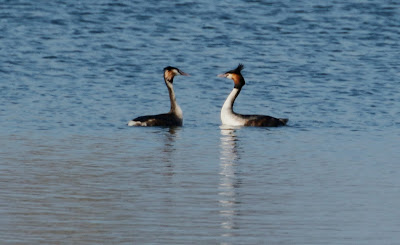 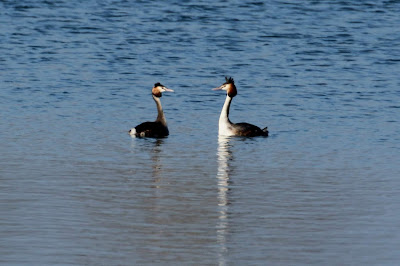 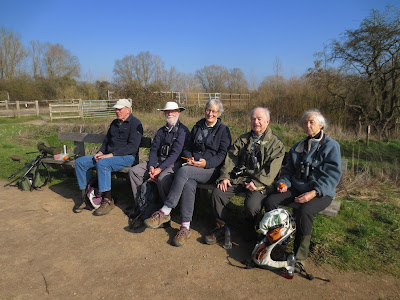 David, Ross, Anne, Derek and Sally - taking a well-earned lunch in the sun! (AM) 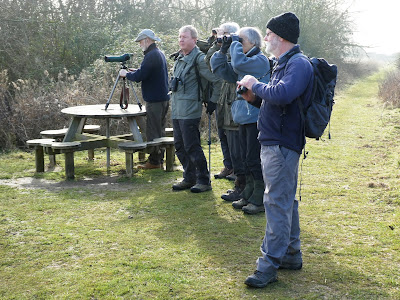 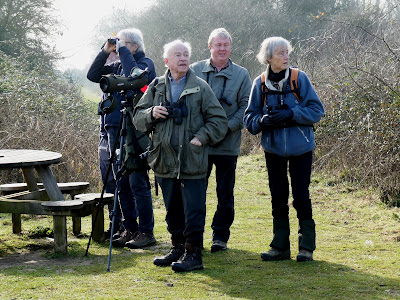 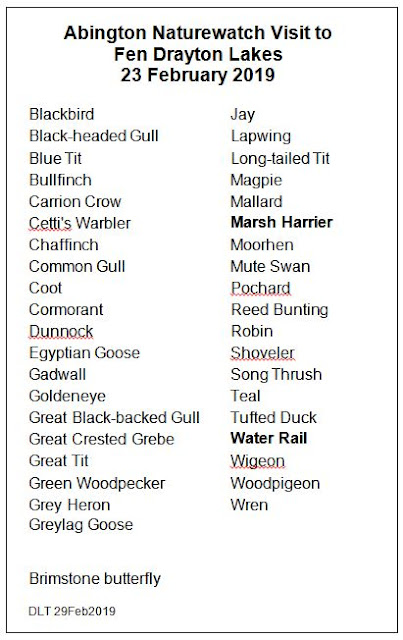