Jennifer H had some very colourful visitors to her garden this week - alongside her regular Nuthatch, was this Green Woodpecker with the brightest of red heads! Both male and female have this lovely colouring, with the male, as here, also having a red centre to the black patch under the eye. 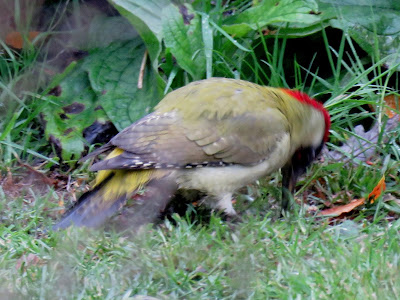 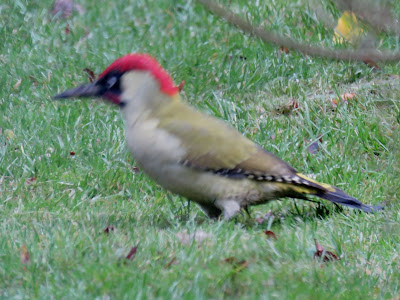 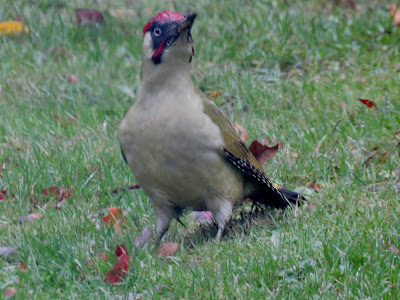 Peter B was lucky enough to get a close-up view of a Goldcrest on his garden table today.  Maybe it was tired or hungry, or just fancied a rest - either way it stayed around long enough for Peter to get his camera.  This is probably a female, as the crown strip in the males often has a more orangy tinge. 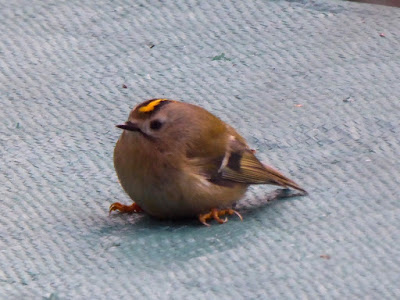 Andy M finally managed to catch up with the Starling murmuration at dusk over the Granta Park lake, which has been going on for a couple of weeks now. Small flocks of Starlings start to gather and circle around, gradually building to this flock of around 1000-1500 birds, seen at 3:30pm, just before plunging into the reedbeds to roost. 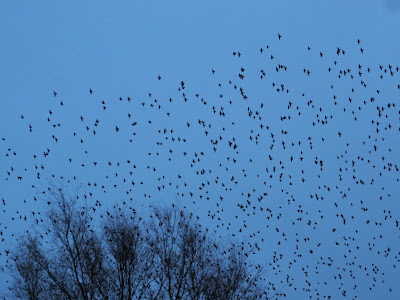 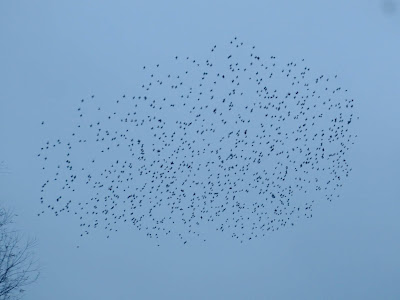 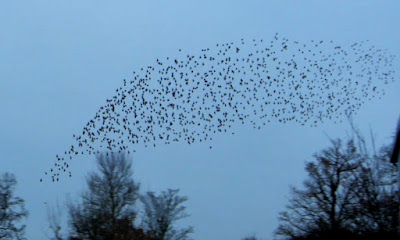