Derek reports having the first Great Spotted Woodpecker for some time on his feeders today and later a male Sparrowhawk dispatching and then flying off with a Blackbird.  Anne has seen a Red Kite near Hildersham Wood - the first sighting for some weeks, and has regular visits to the garden by a Goldcrest.  Andy spotted a male Grey Wagtail on the edges of the river below the sluice (on 27th), and a female Mandarin Duck in amongst the multitudes of Mallard and Canada, Barnacle and Greylag geese on Granta Park lake.  A male Mandarin duck, in eclipse plumage, joined the female on 4th October. 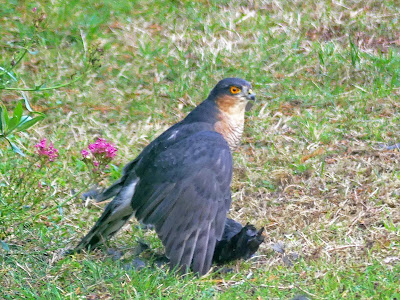 Male Sparrowhawk with a Blackbird as prey 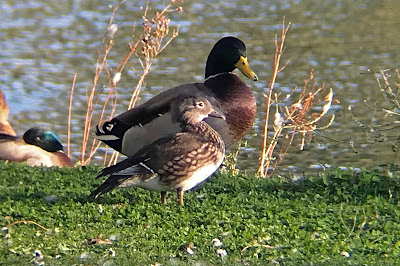 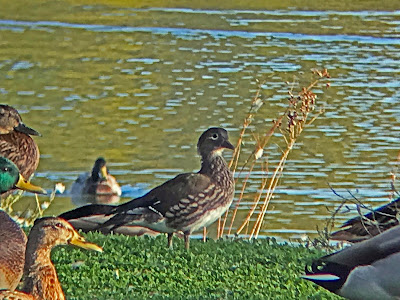 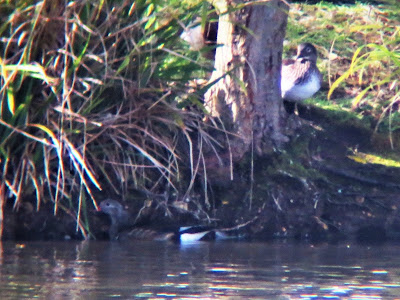 Joined by a male Mandarin Duck (in eclipse plumage) on 4th October
Posted by Andy M at 22:53