George discovered this Blackbirds' nest on Saturday morning 3rd June when looking out of his kitchen window. He saw a male bird fly into the hedge and fly out almost immediately. He thinks it is amazing that they stayed put after his son Michael had only a few days before trimmed the hedge - to within an inch or so of the nest. 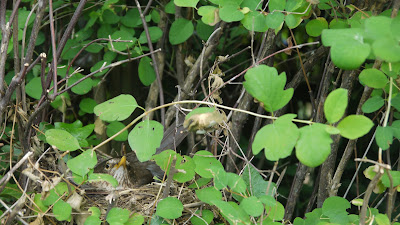 They survived the stormy weather on Tuesday 7th and are doing well. 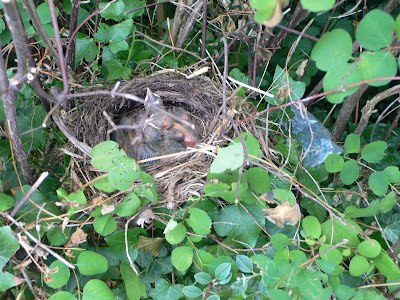 On 10th June, they were looking healthy and hungry, and getting their feathers: 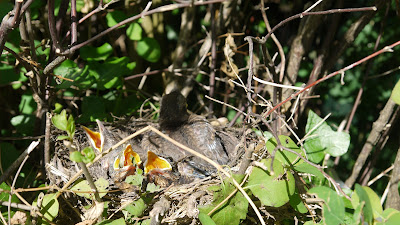 On 13th June, they look almost ready to fly the nest! 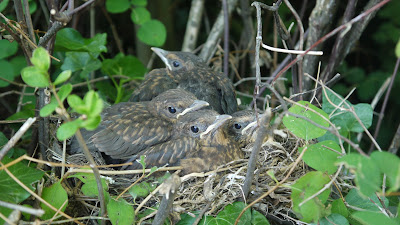 George reported that they all flew the nest some time on the afternoon of 14th June. He did not see them leave as he was too busy but, when he went to check early that evening, there was just an empty nest.
Posted by PeterB at 20:10