Andy M spotted a Black Redstart on 20th April - most probably a female on migration - seen feeding on the ground, chasing after insects using parked cars as cover, but also flying from a perch and catching insects mid-air, showing its bright orange rump and tail feathers as it flew.  It was around for just a day, presumably refueling before continuing its journey. 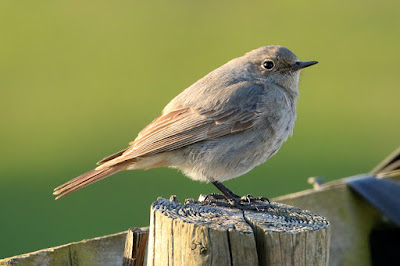 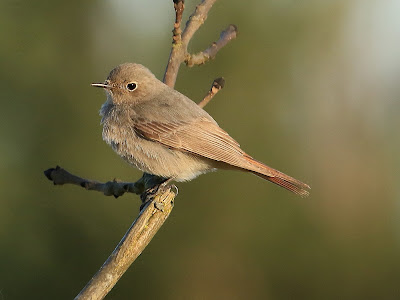 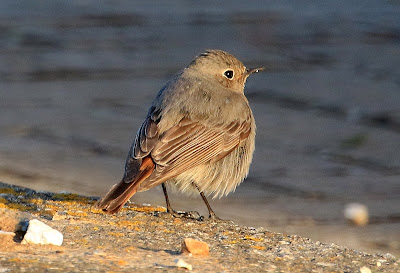