The water level was rather low, but not as low as at the last sampling of 2011. Populations were small, with not a large number even of very small specimens. Most striking were the very few insect larvae of any kind (probably the smallest ever sample from this site) and a total absence of mayfly nymphs. Water snails of any sort were also not found. A few hog-louse were of fair size and a few freshwater shrimp were caught. Diversity was slightly better but hardly impressive. Fish however showed up well. Two minnows, one gravid, were caught near a weedy patch by the usual method, and by direct net-fishing near the bridge a pleasing four Stone Loach. In the same way and area we had two very small, greeny-brown crayfish, which might possibly have been native. 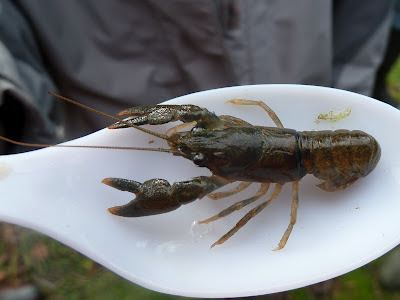 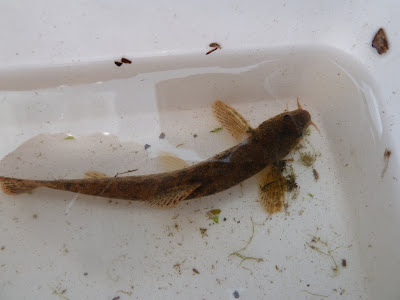 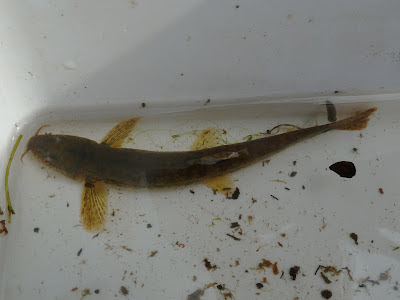 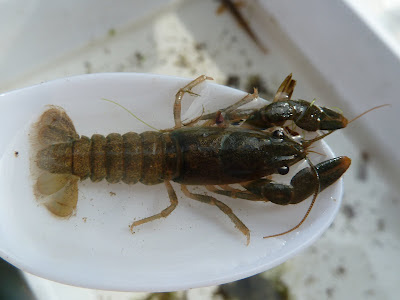 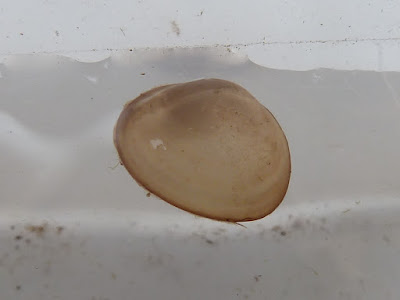 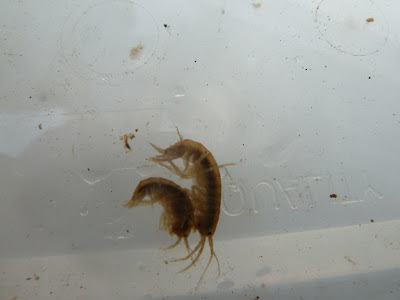 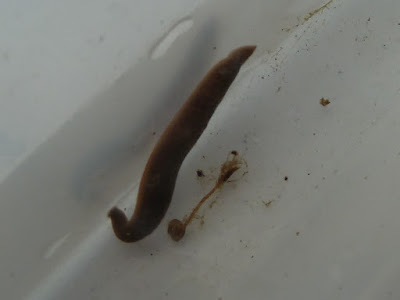 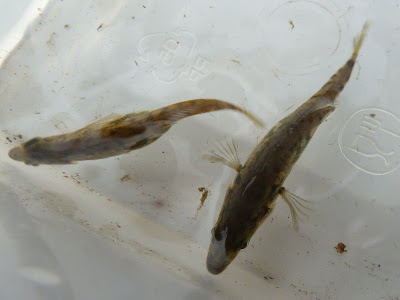 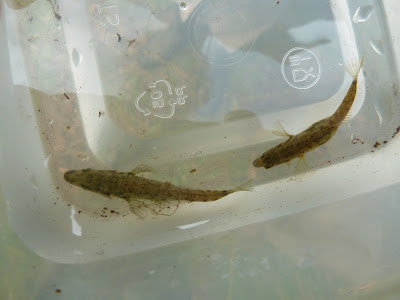