We met at the ford at 11 am and sampled above the ford only. The river was lower than any of us could remember, the brick standing of an old pump exposed as never before. Water carts would be pulled by horses into the ford and filled using the pump. The water was used for cattle on the higher farms such as Grange Farm, which had a very limited water supply from a well, and also perhaps for traction engines.

[We heard a few days later that the Gunner’s Hall pond had dried out, something not known since 1975.] Diversity was moderate, size and numbers generally rather poor. There were a few mayfly nymphs of quite good size. Live pea mussels were abundant, reminding us of the large numbers we found further upstream in the Lodge’s reach last year. The reappearance of several mites (Acari), our only known arachnid, was also welcome. 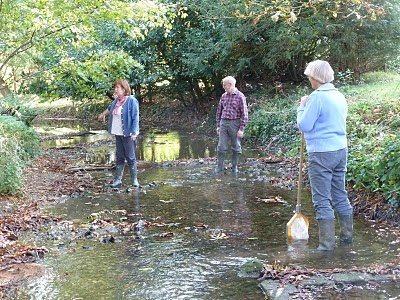 We had two good single finds. A little way from the bridge we found a small (3 cm) but smart, Three-spined Stickleback, thought to be only the second we have netted. 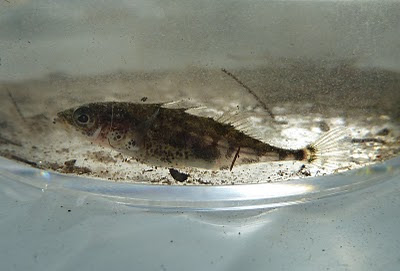 Nearer the bridge, we had a fine Crayfish, larger than any we got in June, certainly an alien Signal (white patch in the claws clearly visible). We have since been told by experts that we should not have put it back but eaten it... 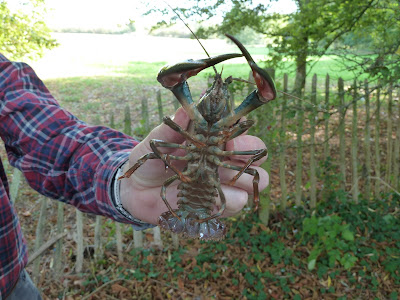 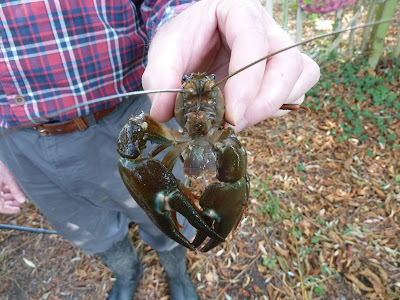