Last year, we removed quite a lot of Himalayan Balsam (Impatiens glandulifera) in the river near the junction of the recreation ground and the cricket pitch. This year, there was a lot less: 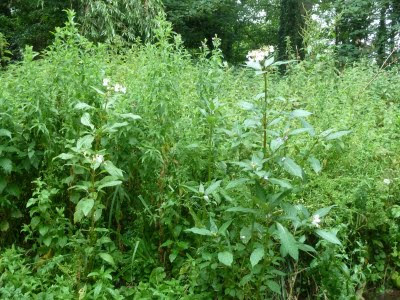 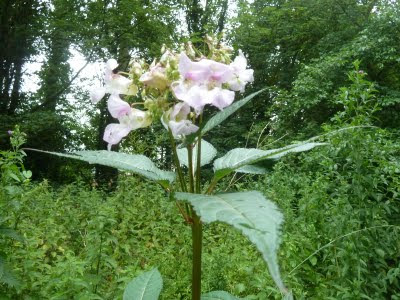 Himalayan Balsam is an invasive non-native species which can damage river banks by excluding other plants. See NNSS web-site.
Posted by PeterB at 10:14