When we met on the Hildersham - Balsham road, the weather did not look promising but we managed a couple of hours between showers.

The verges of the track up towards Gunner’s Hall offered an abundance of the taller plants with moderate diversity. Especially good to see were plenty of Restharrow and some Burnet Saxifrage, with the greenish tinge of its flowers quite clear. Other abundant calcicoles were Field Scabious, Greater Knapweed, Common Knapweed (’Hardheads’) still in bud, Wild Parsnip, White Campion, Mignonette, Perforate St John’s Wort and Lady’s Bedstraw. Prickly Oxtongue, Mugwort and Red Clover were also prominent. Of the shrubs in what is left of the high hedge, Spindle showed not many green fruits but Buckthorn plenty.

Many small bumble bees, notably buff- and white-tails, were busy especially on the purple blooms.

When we reached the Roman Road we were greeted by a fine clump of Viper’s Bugloss. Generally, here too only larger plants could flourish following the E.A’s radical clearance a few years back. There were some fine Mignonettes, while Parsnip and the Knapweeds (some Hardheads here in bloom) were seen in big numbers, Parsnip sometimes massed as was Spear Thistle; some of both Campions and occasional strands of White Bryony were there too. The pink buds were easy to spot on some good patches of Hedge Parsley (Torilis) and Wild Basil was widespread, scrambling its way upwards into the light. We were surprised not to see Wild Carrot, having one of its good years.

A few Gatekeepers, Ringlets and Meadow Browns were seen and several Painted Ladies, as well as one or two Cinnabar caterpillars on Ragwort and one happy Five-spot Burnet. The Nature Notes in my newspaper today reports: ‘The day-flying black and scarlet spotted burnet moths cling to the purple flower heads of the thistles, like drunks to an all-night bar’. 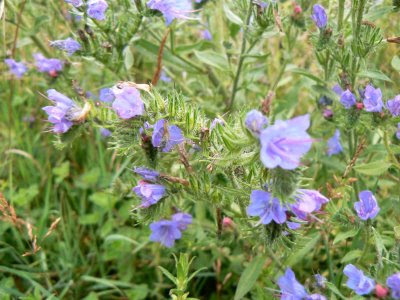 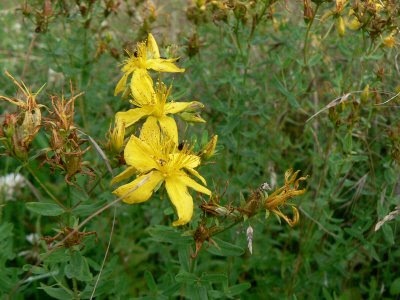 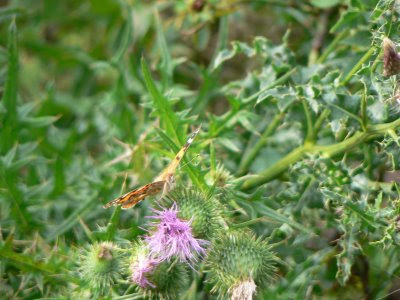 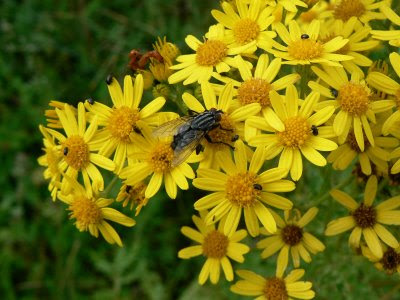 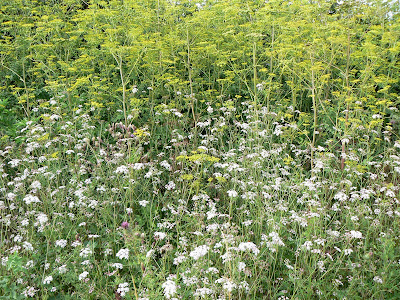 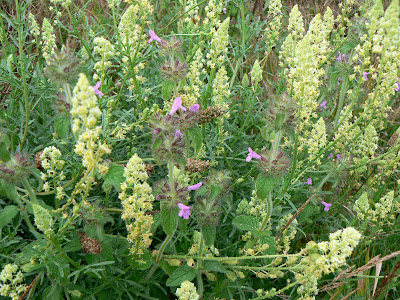 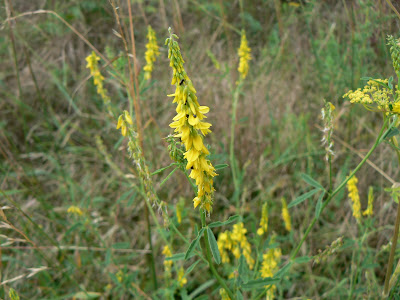