With the kind permission of Granta Park, we conducted our first foray from their premises on the Left Bank (south) of the River Granta.

The first sampling, in the Sluice Wood area on good-looking gravel but under shade, having produced almost nothing, we did much better working from the side by culverts in open sites near the new buildings and then in front of the Hall. Populations were generally modest but diversity rather good. 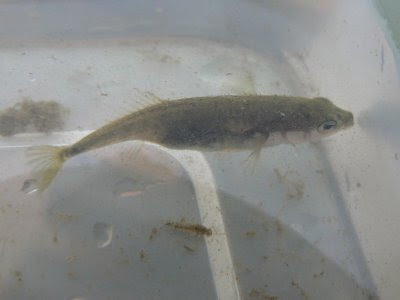 A Three-Spined Stickleback appeared to be a female in spawn. Demoiselle or Damselfly nymphs were plentiful, a few of good-size having over-wintered, many smaller ones recently hatched. We saw no Caddisfly larvae. Of the crustaceans, we found Freshwater Shrimps in good numbers, and one Water Hoglouse; of the molluscs live Pond Snails and one live Ramshorn, but no bivalves; of the worms, a few Leeches and one Sludge Worm (Tubifex). 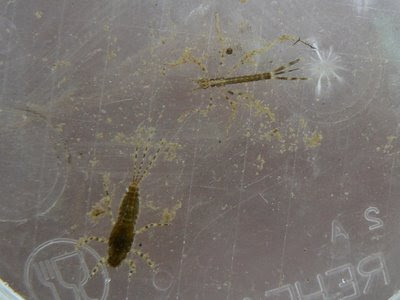 A general shortage of water plants was compensated by a Water Speedwell and a Water Figwort, both fine specimens, neither species often in our records.
Posted by PeterB at 12:45